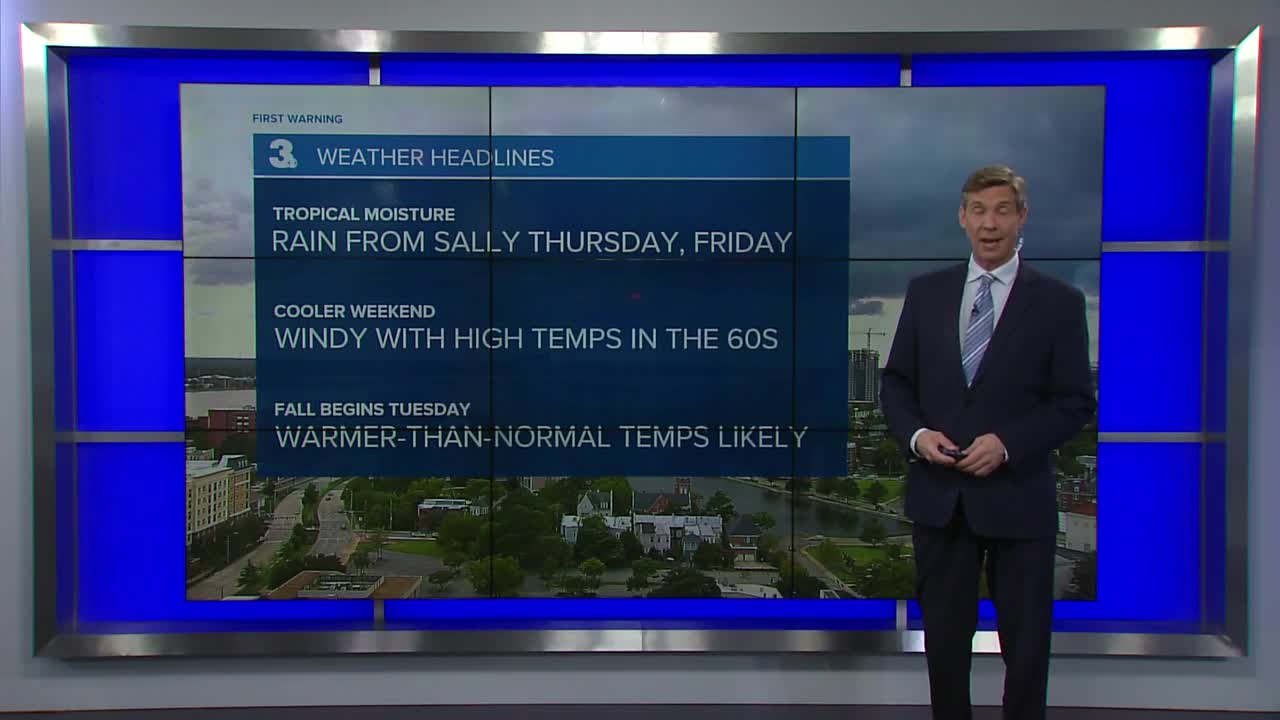 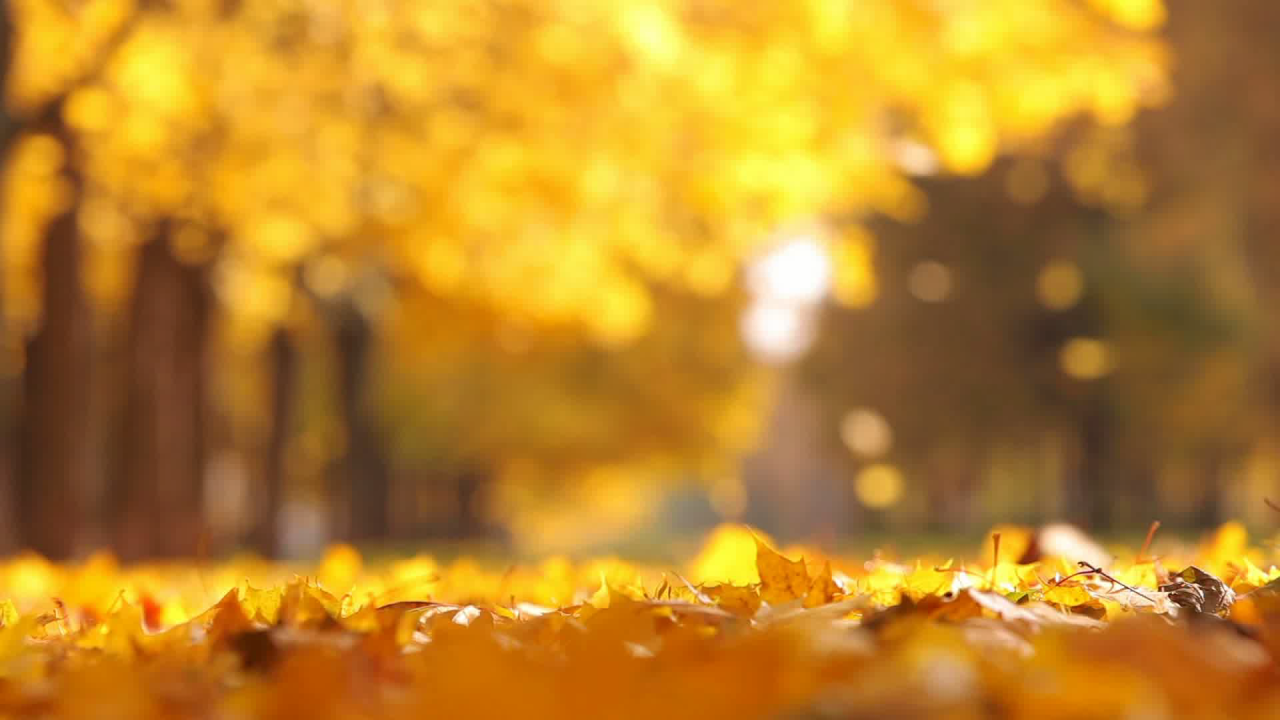 Chilly overnight with lows ranging in the 50s to the 60s. Skies will be partly cloudy.

Highs will warm to the mid and upper 70s on Wednesday, but winds will relax. We should see a little more sunshine than Tuesday. Wednesday will be the pick of the week.

Rain chances will increase for the second half of Thursday and Friday as a cold front moves in along with the remnants of Sally. We could potentially see heavy rainfall which could lead to some localized flooding. Winds will pick up again on Friday. This weekend will be cool and windy. Highs will drop to the upper 60s and low 70s with strong NE winds gusting to 30+ mph.

Fall is definitely showing up!

Historic flooding is possible from Hurricane Sally along the northern Gulf Coast. Sally is centered about 65 miles SSE of Mobile, Alabama and moving slowly NNE at 2 mph. On the forecast track, the center of Sally will approach the northern Gulf Coast tonight, and make landfall in the hurricane warning area early Wednesday. Maximum sustained winds are near 85 mph with higher gusts. Some strengthening is possible before landfall, and Sally is expected to be a dangerous hurricane when it moves onshore along the north-central Gulf coast.

Hurricane Paulette expected to become a powerful extratropical cyclone in a day or so. accelerating away from Bermuda. Paulette is located about centered 415 miles S of Cape Race, Newfoundland and moving ENE at 28 mph. Paulette is then forecast to slow down and turn SSE by late Thursday and Friday.Maximum sustained winds are near 100 mph with higher gusts.

Tropical Storm Teddy expected to become a large hurricane over the central Atlantic in a few days. Teddy is centered about 865 miles east of the Lesser Antilles and moving NW at 9 mph. Maximum sustained winds have increased to near 70 mph with higher gusts. Strengthening is forecast for the next several days, and Teddy is likely to become a hurricane overnight and could reach major hurricane strength in a few days.

Tropical Storm Vicky is forecast to weaken over the next couple of days. Vicky is centered about 710 miles NW of the Cabo Verde Islands and moving WNW at 12 mph. Maximum sustained winds are near 50 mph with higher gusts. Weakening is forecast due to strong upper-level winds during the next 48 hours, and Vicky is likely to degenerate into remnant low by Wednesday.