NORFOLK, Va. - He might have gotten away with it...if it weren't for those pesky neighbors.

A bizarre Tuesday night in West Ghent ended with the arrest of a 29-year-old Norfolk man accused of crashing his truck into three vehicles parked along Claremont Ave. and fleeing the scene.

“(I was) watching a movie and heard this loud crunch noise," said Brian Ahearn, who says he saw a blue Toyota Tacoma hit three cars below his Claremont Ave. apartment around 8:30 p.m. "(He) ended up trying to go forward, pushed [a car] onto the curb.

Ended up driving around the block dragging his wheel so I ran downstairs."

Ahearn tells News 3 he chased the truck down Graydon Ave., but couldn't catch up. Back at the crash site saw vehicles with smashed highlights and big dents.

One of the owners, who didn't want to be identified, tells News 3 he heard the crash, but didn't see it. The owner was back outside Wednesday morning assessing the damage to his car and making sure it still ran.

Related: 'The sound of the crash is pretty startling' Victim of hit-and-run in Ghent asking for public's help 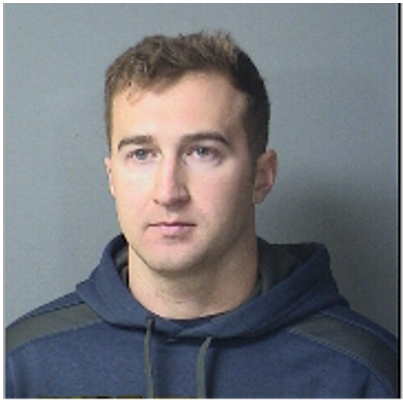 "It might be safe to drive, but I want to get it looked at," he said. "Without the support of the community, I would be up the creek right now."

He has Ahearn and other neighbors to thank.

Although he didn't catch the suspect truck, Ahearn says another woman got the license plate number and another neighbor followed the tire tracks left behind.

"You could hear [Sutton] driving through the neighborhood for about ten minutes trying to figure out where he was going," said Ahearn.

Neighbors eventually caught up to Sutton several blocks down at the intersection of Graydon Ave. and Blow St., where they called the police.

"It's a headache," said the car owner. "But it went about as well as any hit-and-run could."

With Sutton in police custody and his insurance information in hand, this car owner is hopeful he'll be paid back for repairs.