Official guidelines for VB beaches as they reopen May 22 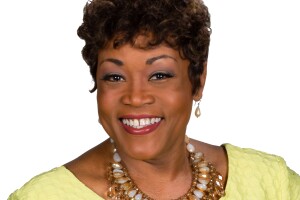 Barbara Ciara joined the WTKR News 3 team in July of 2000 and can now be seen weekdays 4pm to 6pm on News 3.

Ciara is an Emmy award-winning broadcast journalist with more than 35 years of experience. When people refer to Barbara’s world of experience, they are talking about her global travels to get the story of the U-S air assault against the Taliban in Afghanistan following September 11th attacks on the World Trade Center. Nearly a decade earlier, Ciara covered Operations Desert Shield/Storm, as well as Operation Enduring Freedom, from active military locations in Saudi Arabia and Bahrain. Ciara also provided hard hitting enterprise stories covering of the people of Cuba who landed at GITMO to escape communist rule. When the U-S Military hit the beaches of Haiti following an uprising, Ciara brought the stories of the Military campaign on board the command ship U-S-S Mount Whitney. Her stateside coverage includes political campaigns, investigative reporting and interviews with luminaries like Presidents Bill Clinton, George W. Bush, Barack Obama and Oprah Winfrey.

She has provided analysis on CNN, CBS News, XM Radio, National Public Radio and the Tom Joyner Morning Show in addition to providing quotes for the New York Times and the Washington Post, among other news outlets. She was also a columnist for “The Daily Press” for several years, and recently served as president of two of the world’s largest minority journalists’ organizations, UNITY, journalist of color, and the National Association of Black Journalists. In these roles, she advocated for diversity in the newsroom, balanced coverage of the community and increased roles for minorities in management positions.

In 2017, “Coastal Virginia Magazine” named Ciara the best local Female TV News Anchor in the Hampton Roads Area, in the Readers’ Choice Awards.
Barbara has won numerous community and professional honors for her work on camera and in the community.

But she is most proud of her work that gives a voice to the voiceless. She was awarded the coveted Capitol Regional Emmy Award for her series “Guilty Til Proven Innocent”.

Ciara also received honors from the prestigious Columbia University Graduate School of Journalism, for her reports on race and ethnicity. Her co-honorees were CBS’ Dan Rather and producers of CBS’ 60 Minutes.

Ebony Magazine named her one of the “Ebony Power 150 Organization Leaders” in 2008 for her leadership role as president of the National Association of Black Journalists.

Barbara Ciara began 2012 by being interviewed for the renowned national “History Makers” project. The nation’s largest African American Video Oral history collection, a collection that is archived in the Library of Congress.

In 2011, brought Ciara a career highlight when she was inducted by the National Association of Television Arts and Sciences- National Capital Chesapeake Bay chapter- to be an honoree of the Silver Circle awards. The Silver Circle honors individuals who have made significant contributions to the broadcast or cable industry for 25 years or more.

The highlights of her stateside coverage include an inside the White House interview with then President Barack Obama. Investigative reports on consumer fraud, campaign coverage, felony voting rights, an investigation on Klan activity in Hampton Roads, segregation on city land at Portsmouth’s Bide-A-Wee golf course, a health insurance investigation that resulted in coverage for a terminally ill man, and her one on one interview with Oprah Winfrey.

Barbara Ciara has produced several works that bring history into perspective with today’s world, such as her award-winning documentary on “Massive Resistance” in Virginia with compelling interviews of the” Norfolk 17″, the students who integrated Norfolk School in 1959.

It’s the kind of reporting that gets noticed. Barbara has received the 1997 Edward R. Murrow Award from the Radio and Television News Directors Association, 1997 Emmy nomination for “Operation Haiti” featuring children living in poverty on the island nation, 1995 Emmy nomination for the series “Letters from the Hood” a gripping story documenting the lives of children who live in violent urban areas.

Ciara has also been honored with numerous Associated Press and United Press International awards dating back to 1986, as well as a dozen prestigious “Excel” awards from the Hampton Roads Black Media Professionals.

Barbara first became interested in journalism when she organized a protest in the cafeteria of her junior high school because girls were not allowed to wear slacks unless it was a snow day. The event was not featured in the school newspaper. She objected, so Barbara’s English teacher challenged her to join the paper if she thought she could do better, so she did, adding “I guess you could say I found my calling.”

Her journalism career began in Tucson, Arizona where she worked on the school newspaper at Pima Community College while also attending the University of Arizona. During her junior year she left college to take a full-time position at KZAZ-TV in Tucson, Arizona in 1976. Over a five-year period she worked in production as an audio director, technical director, and later in news as a photographer, reporter, assignment editor, producer, noon anchor, and finally news director. At the time, 1978, she was the youngest female and first African-American to achieve the management status of news director at a commercial television station in the southwest.

Barbara has worked at both the NBC and ABC affiliates in the Hampton Roads area, and she broke new ground in February 1997 when she took on the challenge of managing editor of LNC, a first of its kind partnership between commercial television, cable, and the Virginian-Pilot newspaper. There she helped to develop a format, cross train print reporters, and launch the 24-hour News partnership. She held that position for two years.

From the fall of 1996 to the summer of 2000, Barbara also served as managing editor of the partnership between WVEC-TV and WHRO public television where her duties included producing and co-hosting the Newsmagazine “This Week in Hampton Roads.”

Barbara is also a strong believer in public service and has worked with a number of non-profit organizations. In August 2007, she was elected President of the National Association of Black Journalists, the largest journalism organization of color in the world. Followed by a year of leadership as the President of UNITY: Journalists of Color–an alliance between Black, Hispanic, Native American and Asian Journalists.