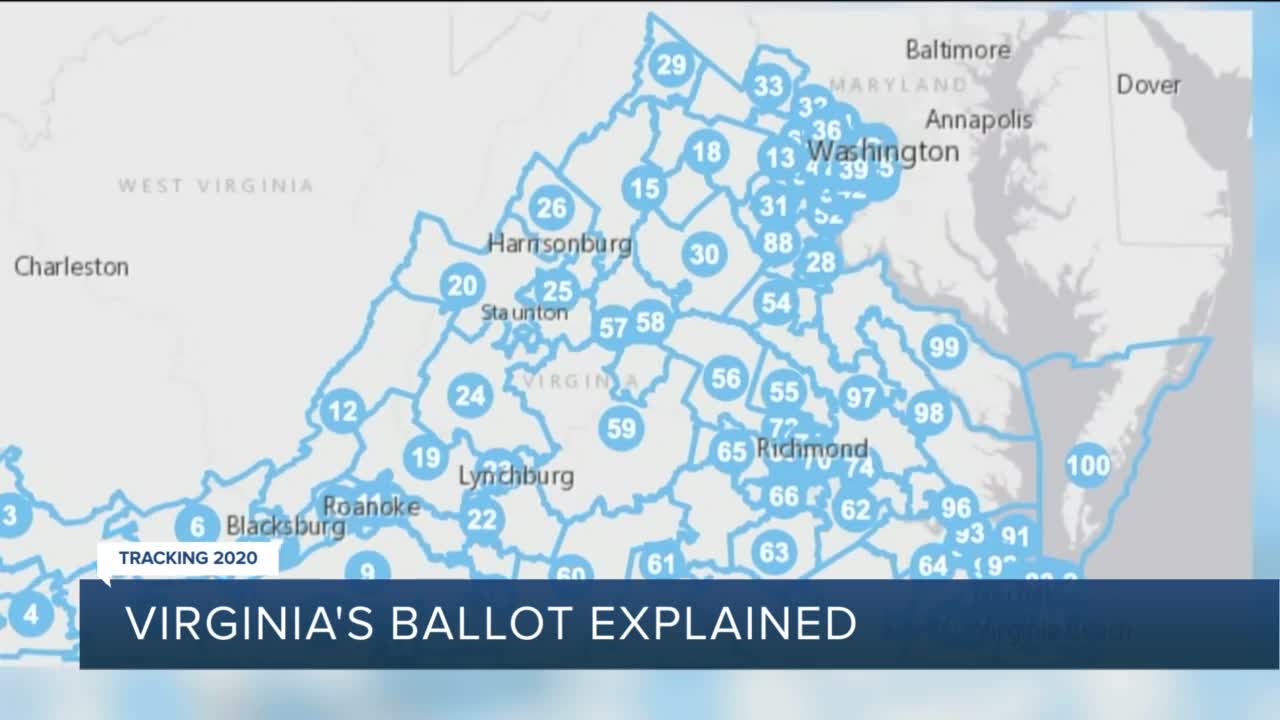 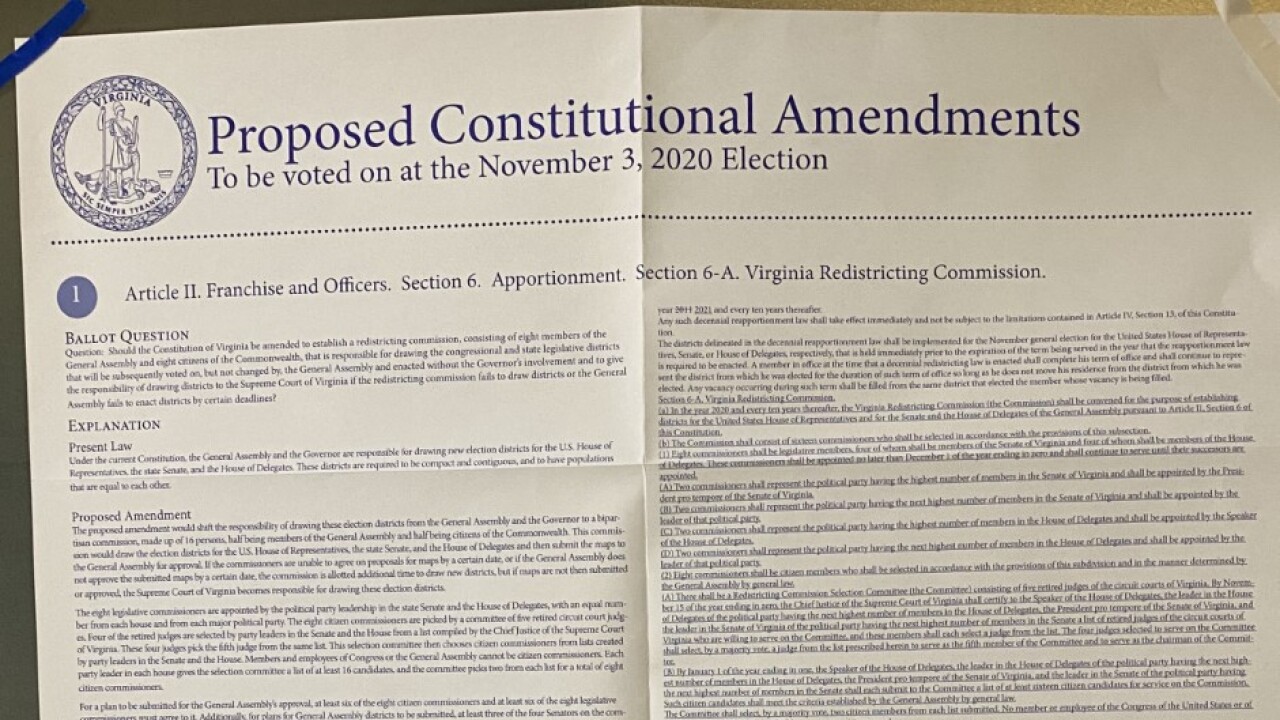 NORFOLK, Va. – “Question one: 'Should the Constitution of Virginia be amended to establish...'” said Tyler Dance as he reads a sample ballot.

This was the first time Dance set eyes on the 2020 election ballot.

“Seeing this question that it’s asking me, I would definitely back off, come in at a later time,” he adds.

He says he was a little taken aback by the question.

"We don't talk about the constitutional amendments; students and the general public are not aware of that,” said Akomolafe.

So, he decided to give News 3 readers a crash 101 course of this year's proposed amendments.

Starting with question one on redistricting.

"Districts are redrawn every 10 years following the results of the census,” states Akomolafe.

At the moment, the general assembly and the governor are in charge of drawing congressional and state legislative districts.

In the proposed amendment, that power will given to a bipartisan “redistricting commission” made up of eight members of the public and the general assembly.

"The governor has no role whatsoever in this,” he adds.

He says this could help prevent political and racial unfairness in the redrawing of the maps.

"Gerrymandering, in my own opinion, is probably one of the greatest dangers we have facing our democracy. Gerrymandering means that you have districts that are drawn in such a way that sometimes do not reflect the way of the people,” Akomolafe explains.

A “yes” vote is OKing the proposed commission made of citizens to be in charge of redrawing the maps.

A “no” vote will keep the power between the governor and the general assembly.

As for the second question on the ballot - “Should an automobile or pick-up truck that is owned and used by a veteran, of the United States armed forces or the Virginia National Guard who has a one-hundred percent service-connected, permanent, and total disability be free from state and local taxation?”

Voters will have an option to exempt disabled veterans from paying property taxes on their cars.

If you vote "yes," Dr. Akomolafe says, “You're saying, 'We appreciate your service, and I don't think you should pay any tax on this."

If you vote “no,” disabled veterans will continue paying taxes on their cars.

If you’re not able to do your research before heading to the polls, most locations offer brochures in Spanish and English of the proposed amendments.

Click here for more on the proposed constitutional amendments.