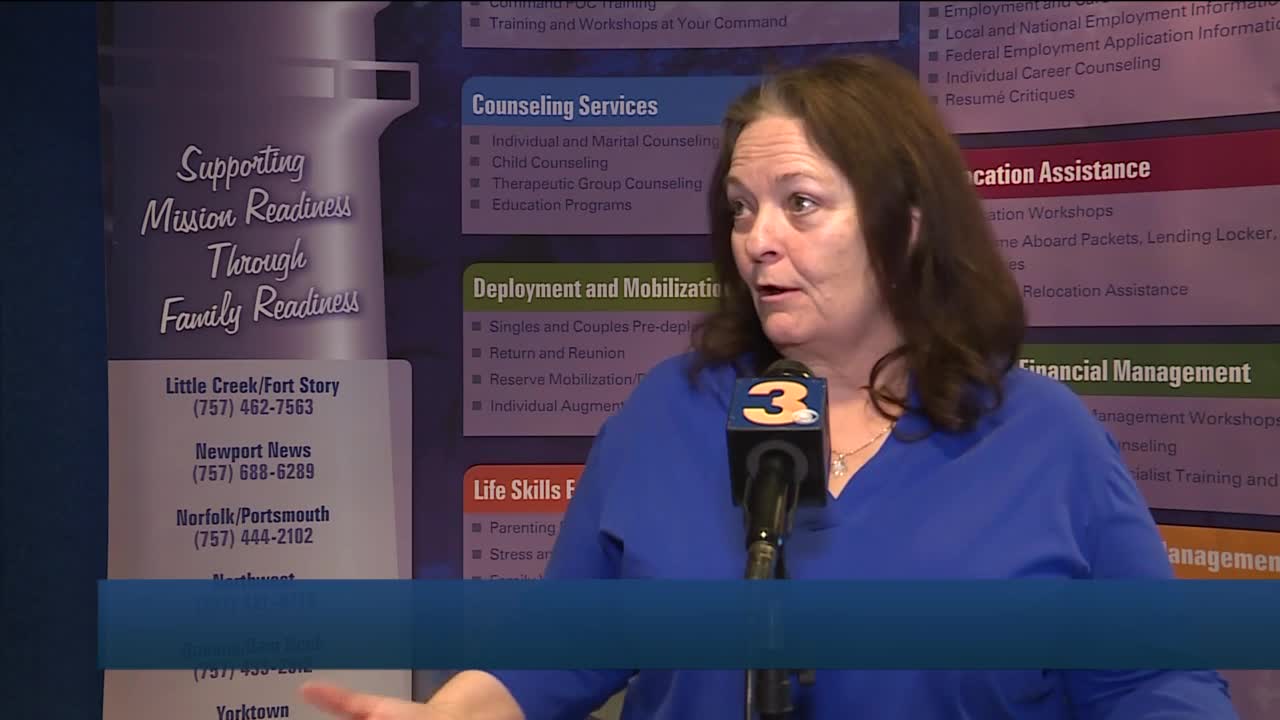 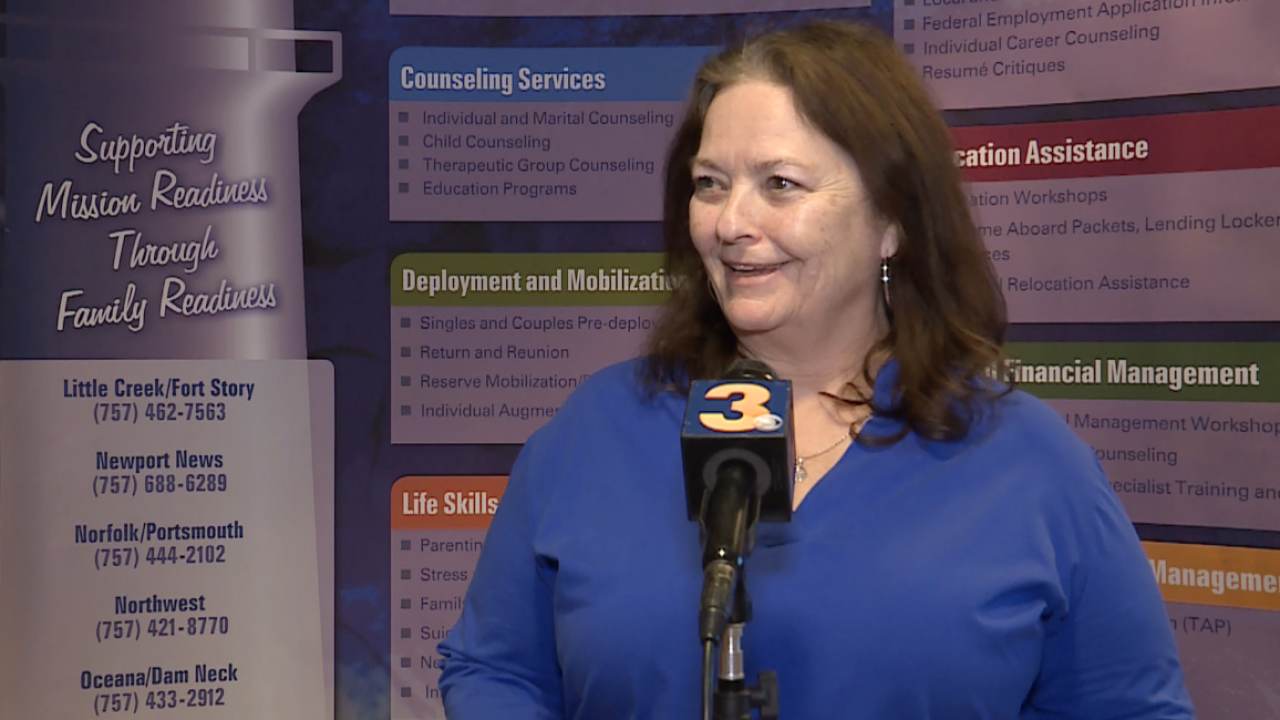 NORFOLK, Va. - From a suicide on base to September 11th, Deb Anthony is one of the first to respond in a time of crisis.

It's only one part of her job as an advocacy clinical counselor for the U.S. Navy's Fleet and Family Support Center just off base near Naval Station Norfolk.

All week leading up to Veterans Day, News 3 is spotlighting veterans who returned to base to serve their country as a civilian.

Anthony's career began in 1999, seven years after she left the Navy.

During her time in the armed forces, Anthony says she served aboard the Norfolk-based USS L.Y. Spear as the first female in the machine shop.

But it was near the end of her Navy career, while working in law enforcement, that she decided to pursue a career in social work.

"Just seeing the problems and things that happen, I thought there's gotta be an earlier intervention we can have," she recalled. "I was kind of encouraged to do it that way."

Most recently, she spent time working and living abroad in Bahrain, where she added radio host to her resume; hosting a live, hour-long radio show called "Ask the Therapist."

Anthony returned home in March and picked back up at the Fleet and Family Support Center, a facility to help sailors balance their military careers with the stress of life outside the base.

"Like anyone else, everybody in the military also still has families, problems, concerns, worries, griefs. All those things that make up the human experience," Anthony tells News 3. "This is a way that we can help them be mentally prepared to focus on the job."

And through offering critical mental health support to sailors, Anthony can say she's still serving her country long after her active duty career has finished.

"It's continuing to be a part of a population that I really love quite a bit."

Previous stories:
A different way to serve: Meet the veterans who return to base as civilians