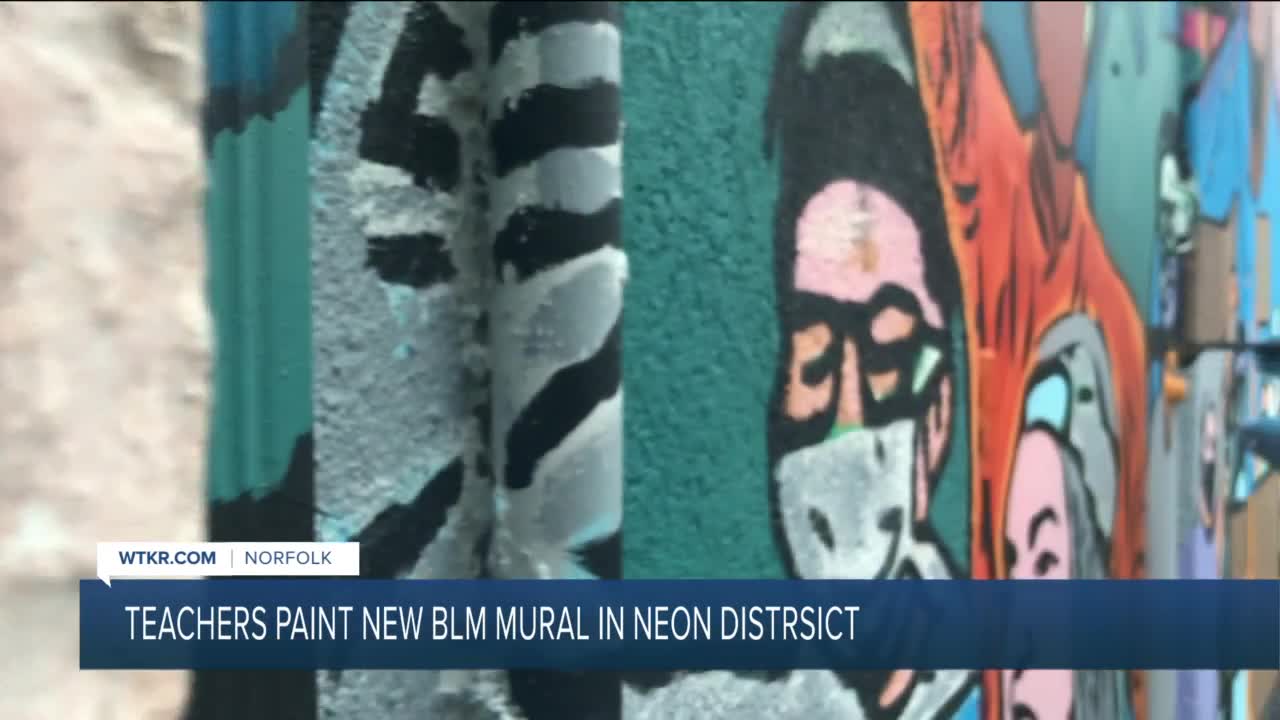 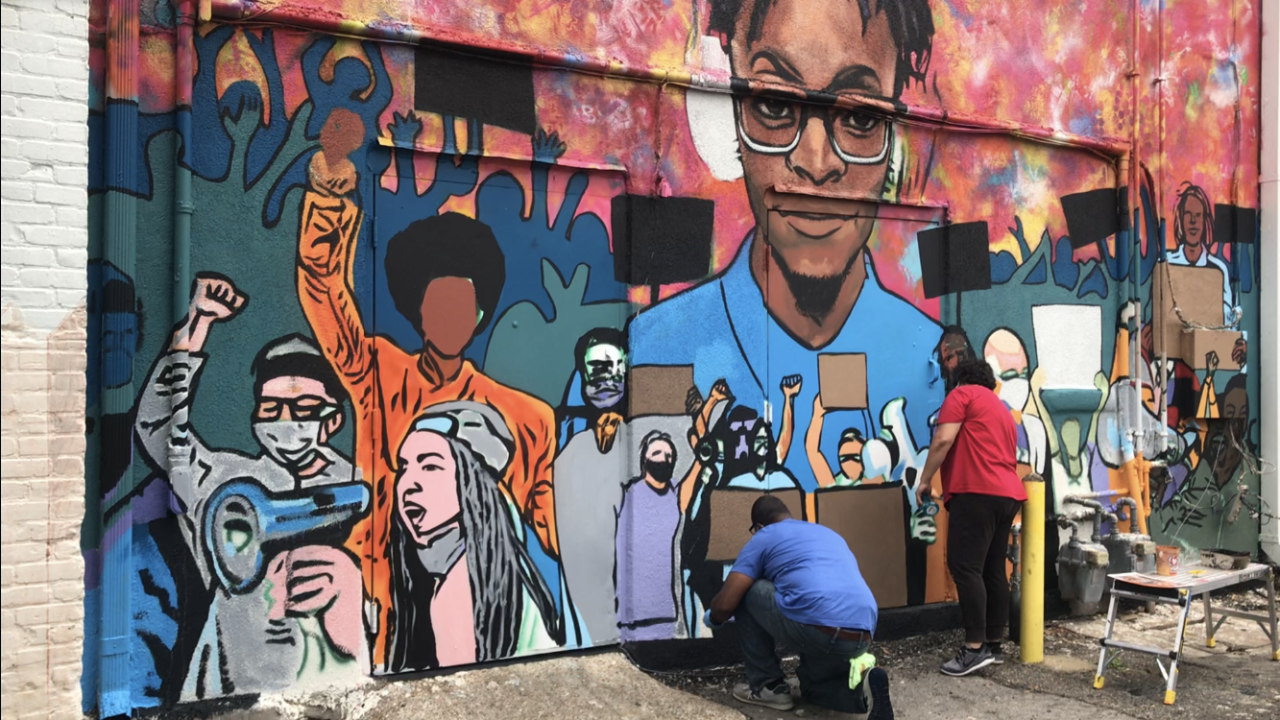 NORFOLK, Va. -- "Black Lives Matter." It is a chant and message that has been heard over the last couple of months across the nation during demonstrations against the deaths of George Floyd and Breonna Taylor, among others, trying to shed light on the issues of racism and social justice.

That message will be displayed on a wall behind OJ Warehouse on Magazine Lane in Norfolk’s NEON District. It is being painted by two Norfolk Public Schools teachers, Clayton Singleton and Nicole Harp.

"It's great to have the students see that art is real, that it's an actual part of life,” said Singleton, one of the artists and an art teacher at Lake Taylor High School.

"I have a responsibility, and so does he, as educators and artists to make our voices heard,” Nicole Harp, the co-artist and art teacher at Granby High School, said.

On Sunday, they arrived just before 5 a.m., set up their paints, brushes and workstation to continue working. The two said they worked on it for days and have dealt with the elements such as rain.

The mural consists of an African American man, enlarged in the center with a line of people of different races beneath him.

This is not their first time painting murals that reflect social justice issues. Harp said she painted a mural of Dr. Martin Luther King Jr. in Atlanta with the help and support of the civil rights leader’s family. Singleton said he painted other murals through the region, his latest mural depicting the message of unity at the Museum of Contemporary Art in Virginia Beach.

“We wanted to make the voices heard of the Black Lives Matter movement,” Singleton said.

The NEON District put a call out for interested artists in July to paint a mural. Several people entered, and Singleton and Harp were chosen.

“This year, the business and artist community felt strongly that any new murals in the NEON should reflect a clear opposition to racism and inequality in Norfolk and beyond," the NEON District told News 3 in a statement. "The public art committee reviewed dozens of extremely strong submissions from artists of all color, gender, and background. In the end, we found three artists with very personal experiences of bias and racism that are reflected in their stirring images of Black Americans."

Singleton and Harp explained how they set up painting the mural.

"First thing we did was project it to the wall at night, sprayed it out,” Singleton explained, “lined it out, came in and started blocking in this abstract color that's up here.”

There were other skills they learned as they worked, Harp explained, such as “how to drive a scissor lift, get over some fear of heights."

This mural is a new addition to the NEON District’s collection of wall-side murals that line several city blocks. Singleton and Harp said they hope to finish within the next week.

"If you remove Black lives from our country or our world,” Singleton said, “the fabric simply unravels, and that's the message, and we need to walk away with that message."