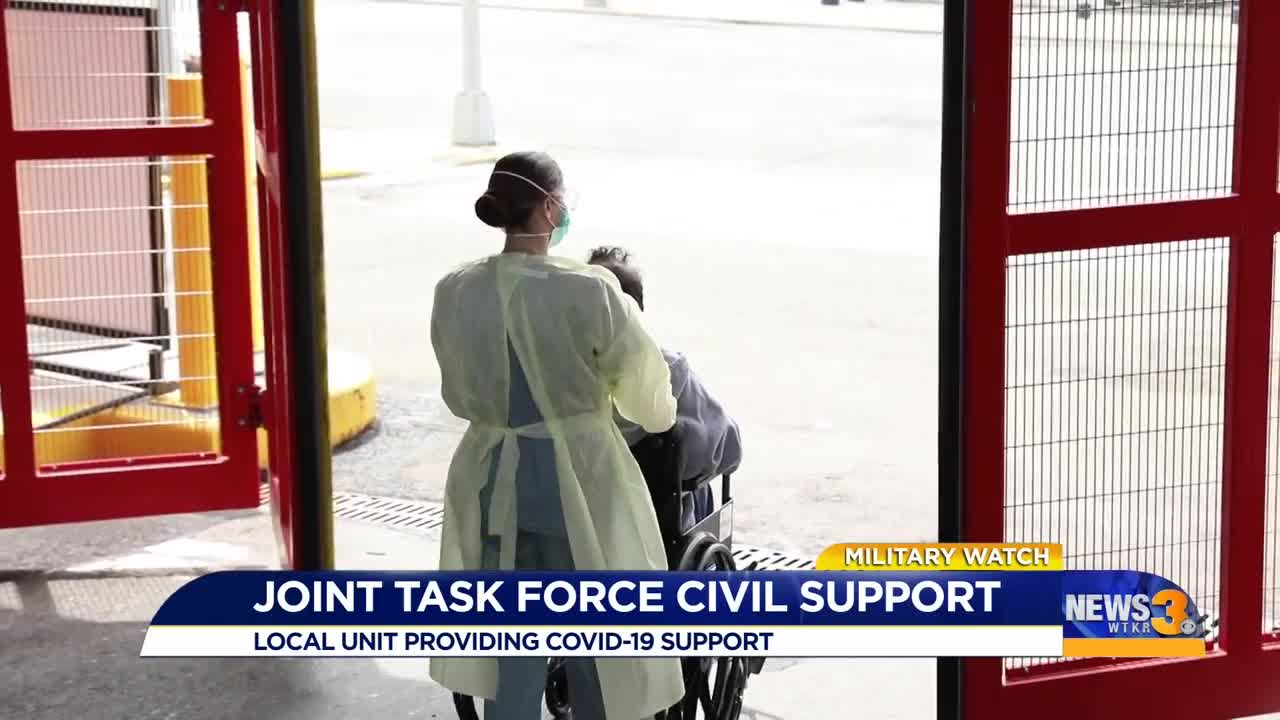 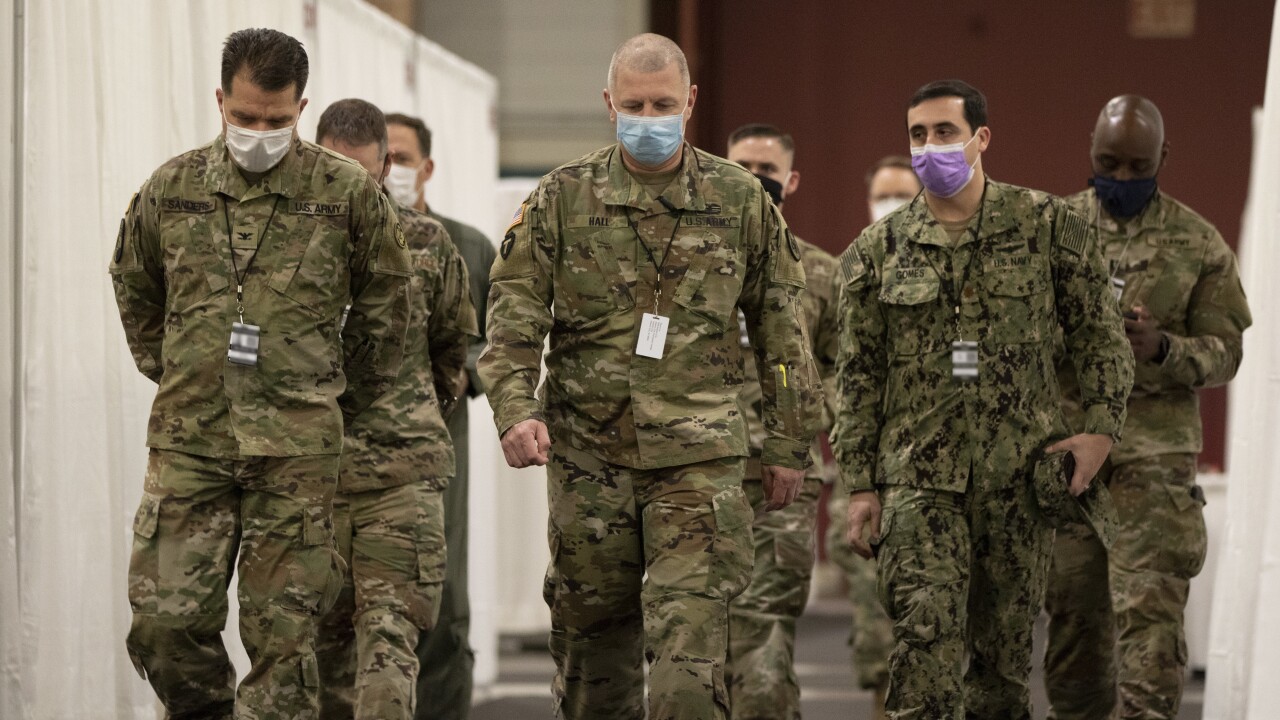 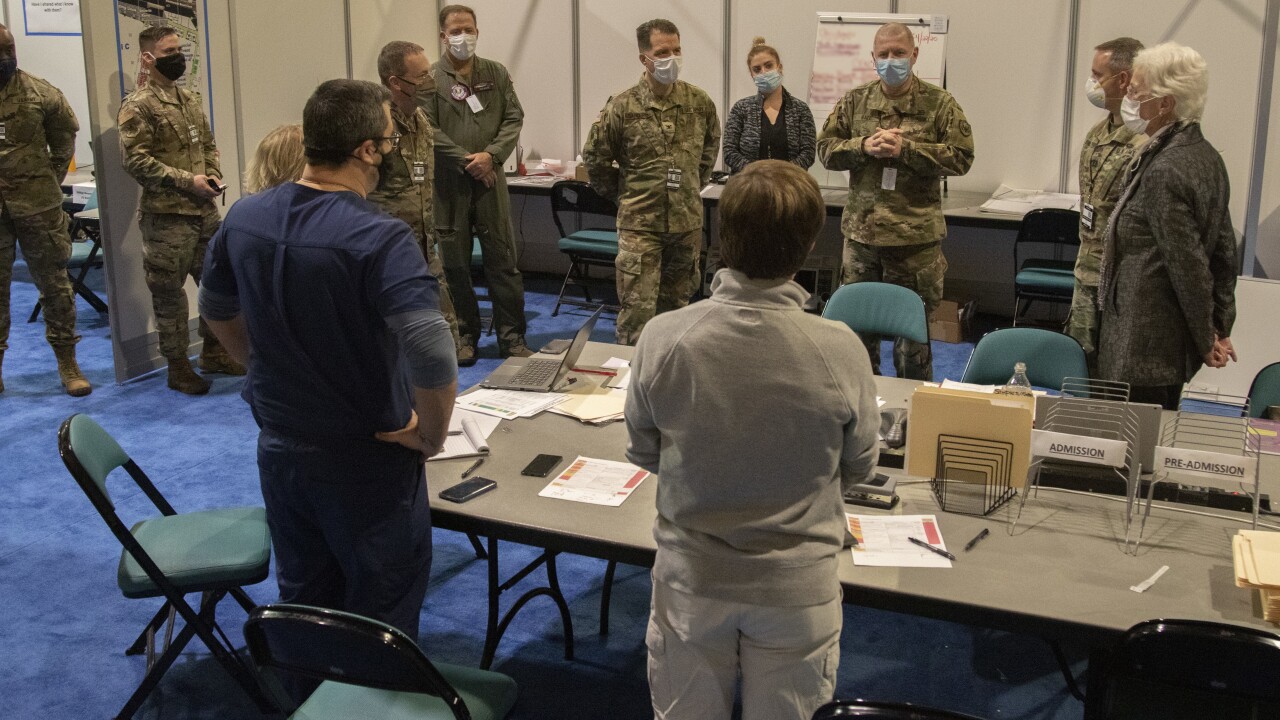 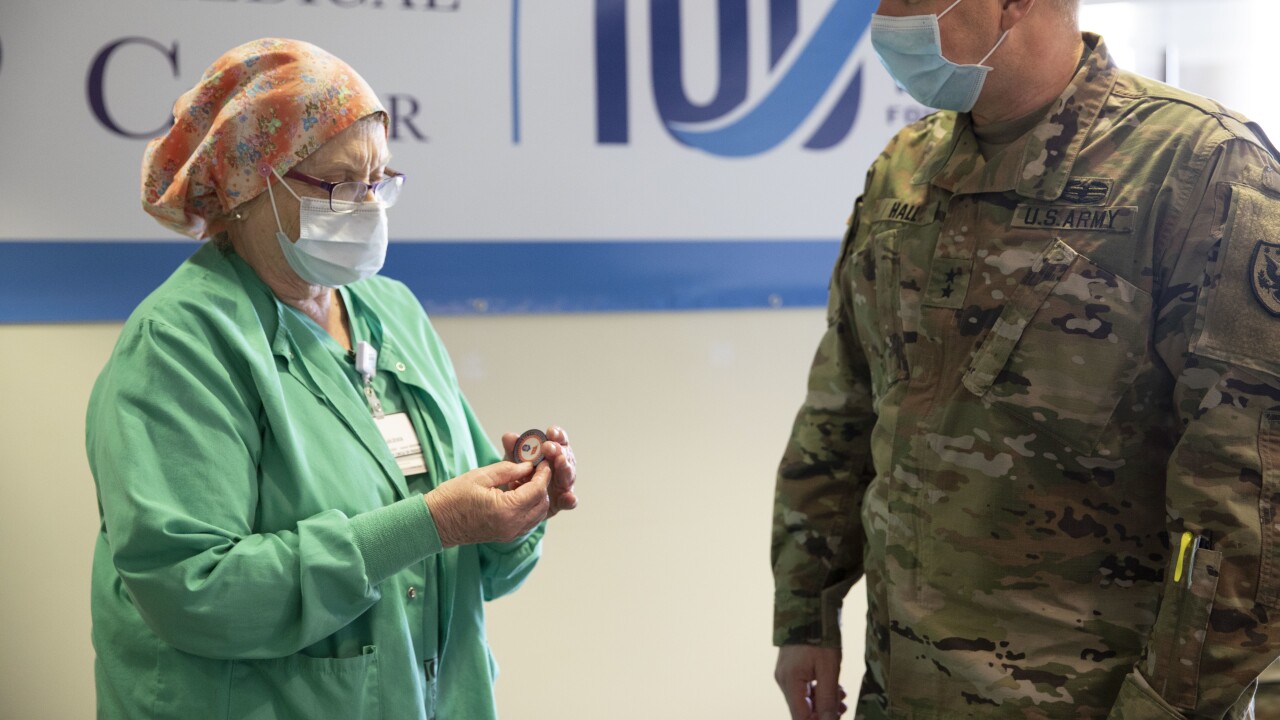 NEW YORK - A local military unit has played a major role in containing and fighting the novel COVID-19 virus.

For the past two months, Joint Task Force - Civil Support has been leading a task force of medical units from across the country to provide medical support at field hospitals in New York and New Jersey, two of the states hit hardest by the coronavirus. JTF-CS, based at Ft. Eustis, has been leading Task Force New York/New Jersey at the direction of U.S. Northern Command.

The unit is headquartered at Fort Eustis in Newport News, but deploys across the country when called upon. There are currently 26 people deployed from Joint Task Force - Civil Support.

The members on the ground up North have helped in the field hospital at the Javits Convention Center in New York City as well as the Edison Field Medical Station at the New Jersey Convention and Exposition Center in Edison, New Jersey.

He said the team has learned a lot being on the ground and been able to stabilize operations to create a clear plan going forward.

He said in the past two months, they have seen the number of patients go down, which means their operations have also slowly downsized. In fact, the Javits Convention Center was closed after curing more than 1,000 patients.

In the next few weeks, Hall said they'll be rotating the staff currently working on base at Fort Eustis with the folks on the ground in New York and New Jersey. They will be working just as hard in both locations, but it gives field crews a chance to see their families.

As patients are treated and field hospitals are closed, the unit is feeling optimistic, but the mission isn't over yet.

"We're not leaving until there's not a need but we're not going to stay a second longer than that because these are the same people that are going to have to come back if there's a second wave late summer or early Fall," Hall said. "[The task force] continues to surprise me on every turn on what we're able to work through - the challenges that come up and how we've overcome those challenges."

As part of TF-NY/NJ's plan to redeploy back to Ft. Eustis, Hall said each military member will be tested to ensure that they don't bring the virus back to Hampton Roads. Of the some 1,000 people that have been tested, he said the positive rate is less than 1%.

In addition to those on the ground, Major General Hall says about 75% of his staff, roughly 120 people, are still in Newport News providing important forward support to the mission.