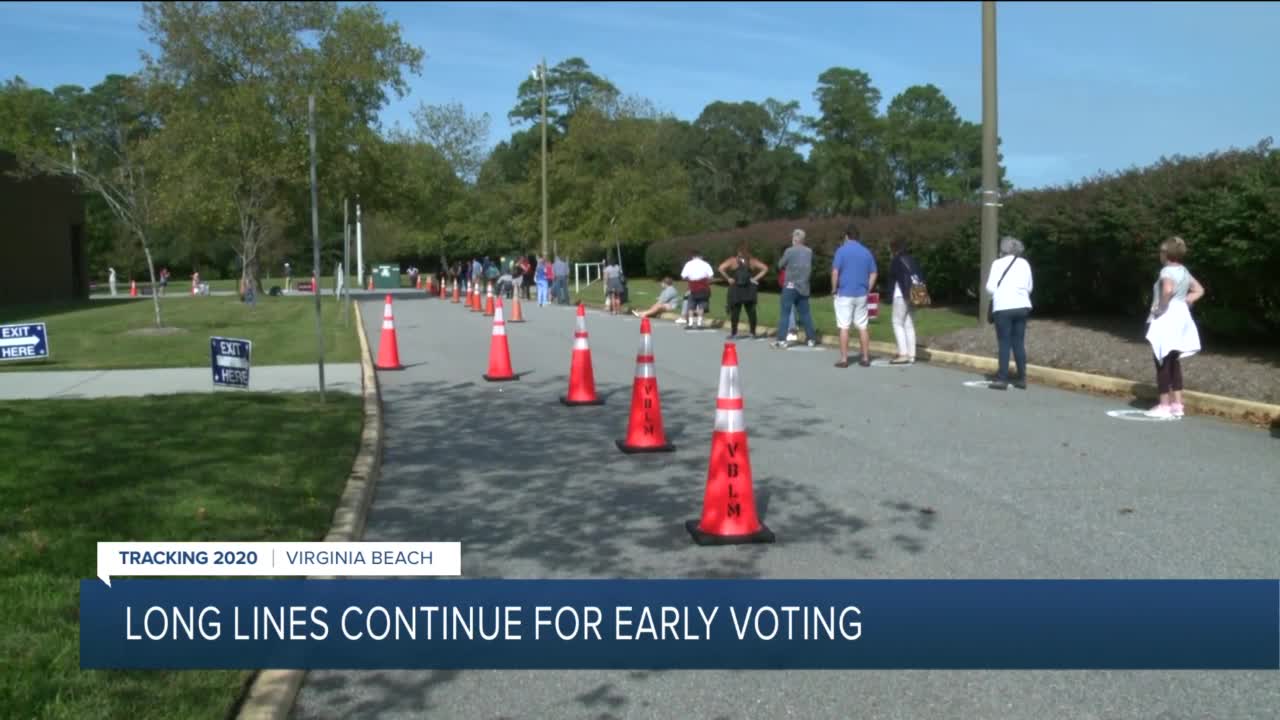 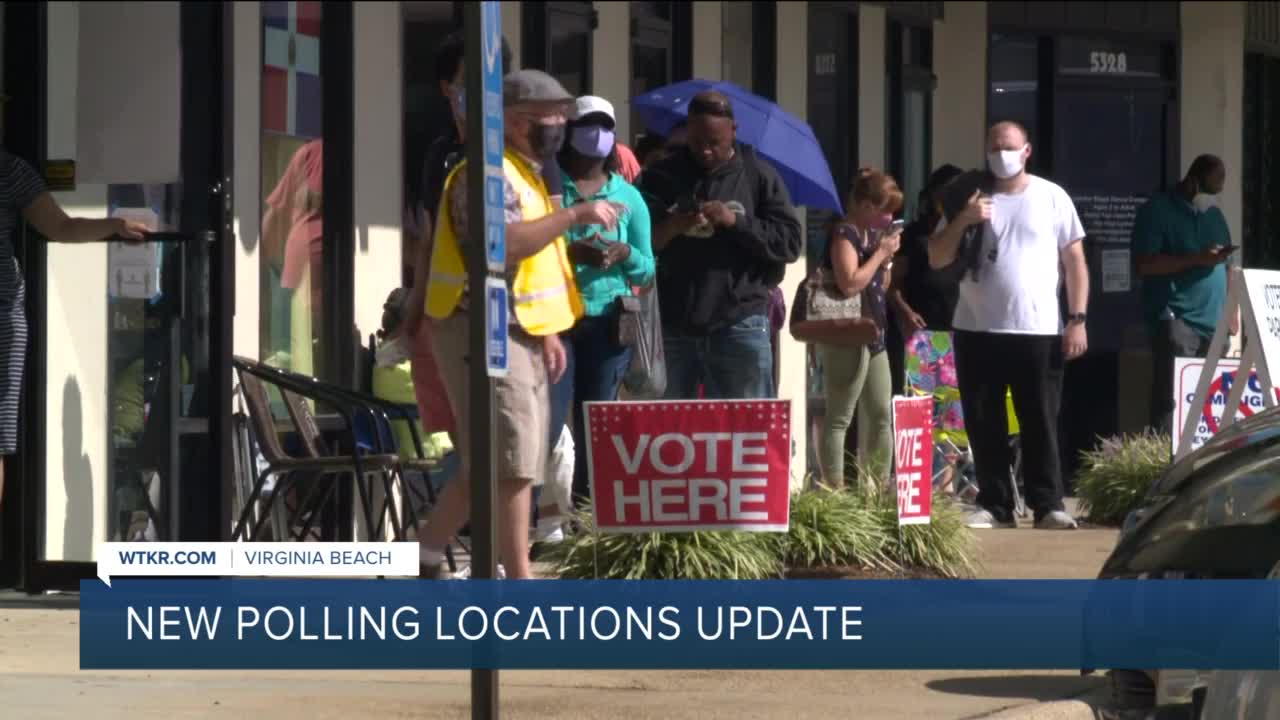 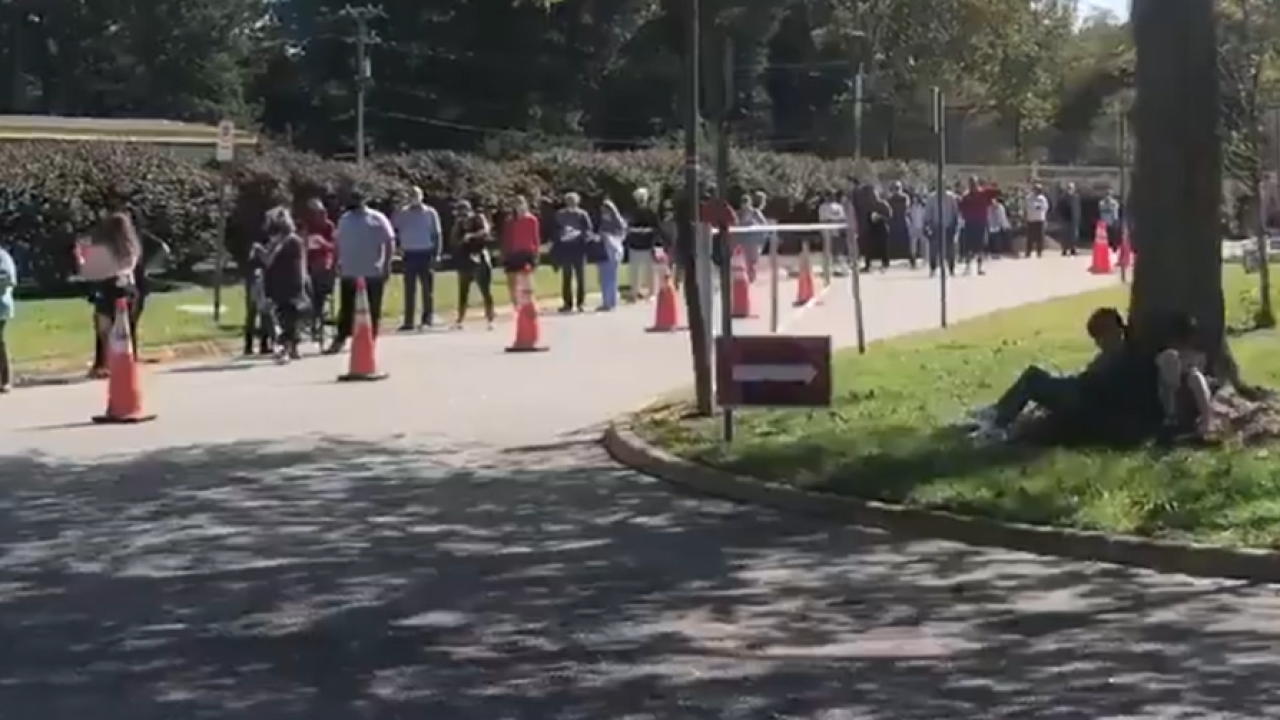 The wait to vote in the early afternoon stretched over two hours at the Great Neck Rec Center. Bayside Rec Center was also packed. People can also vote at the Seatack Rec Center and Kempsville Treasurer's Office.

"We're okay with waiting. We want our voices heard. We didn't want to do mail-in voting," said Chris Ohlstein, a voter.

"I'm working on November 3, the day of the election. I'm wondering when I'm going to get the chance to vote, so this was a really good time to actually vote in person," said Ohlstein.

In Norfolk, some people who voted by mail continue to not know where their ballots are. The ballot tracker program, called Ballot Scout, continues to say some people's ballots are "in transit" to the registrar's office.

News 3 has repeatedly reached out to the voter registrar with questions about what people should do if this issue happens to them, but the registrar hasn't responded.

Over the weekend, the Department of Elections website indicated just 6% of mail-in ballots had been sent back to the registrar in Norfolk. On Monday, that number jumped to 46%, a sign more ballots have been counted.

The deadline to request an absentee mail-in ballot in Virginia is Friday.