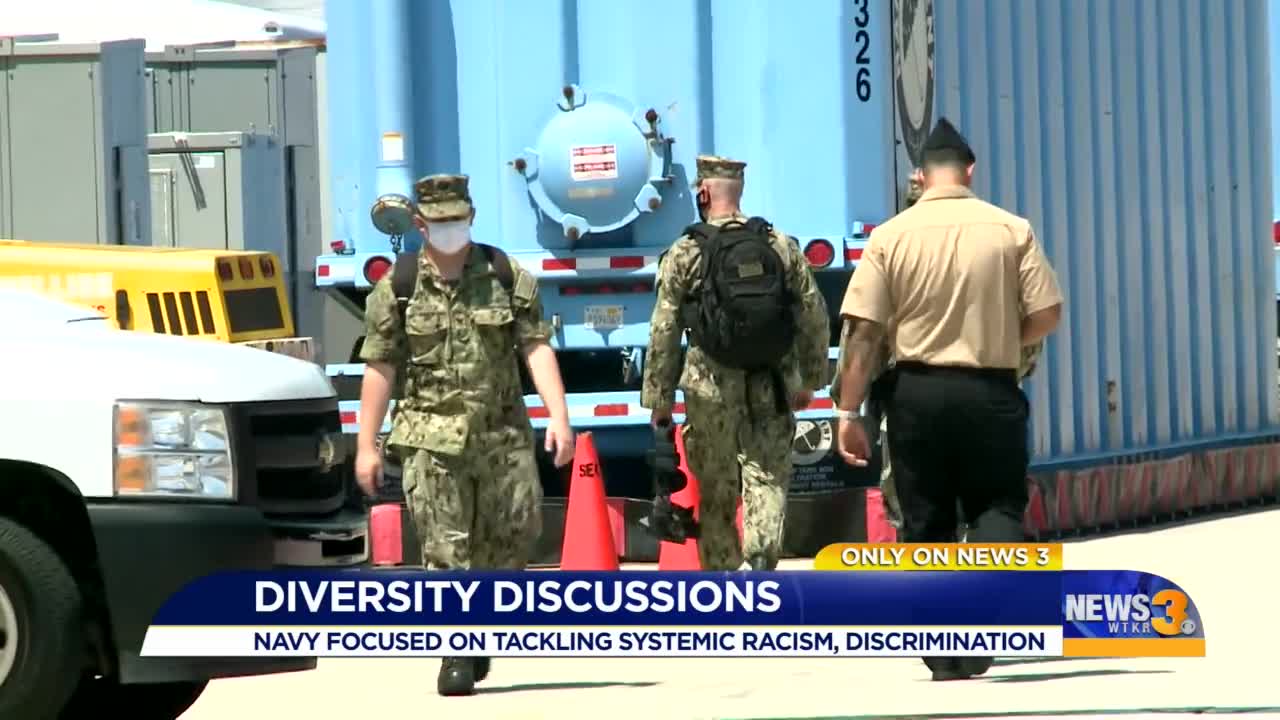 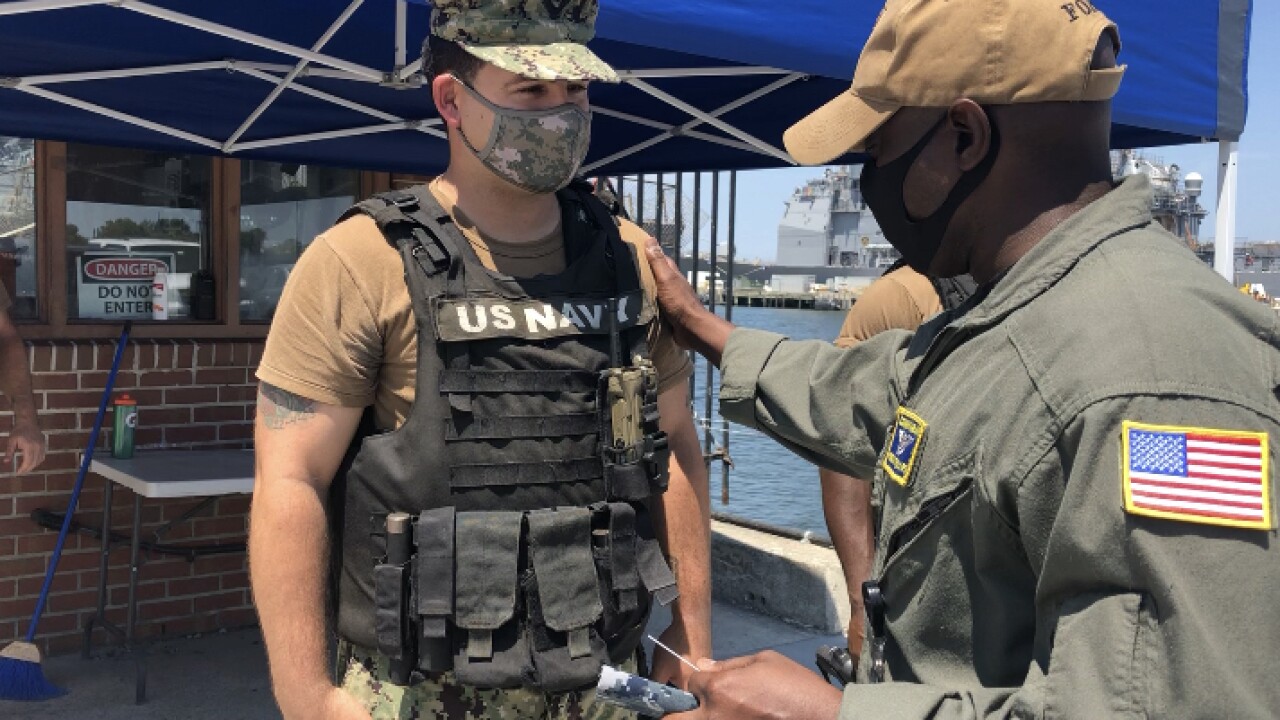 NORFOLK, Va. - There are roughly 45,000 Sailors at Naval Station Norfolk, and each one has a unique story to tell.

Some are from across the country, others born and raised in Hampton Roads. Some have personal experiences with racism and discrimination, others do not. Some are male and some are female. Nonetheless, they are all members of the United States Navy, fighting to protect us.

The fact that the Navy is comprised of thousands of people with different experiences and backgrounds means that the Navy wants to hear from them.

Last month, top leaders created a special task force to address issues of race, sex and all other "conscious and unconscious bias that exist in the Navy."

The team of 20 will look for disparities among various formations and figure out how to implement a plan to change them.

Force Master Chief Huben Phillips, the senior enlisted adviser for the force, met with local Sailors for the first time in-person on Wednesday. They held small listening group discussions aboard ships on the waterfront for men and women to share their biggest concerns.

He said he wasn't surprised by their statements, but instead said it reaffirmed his belief that change starts with culture and then policy.

"They did talk about barriers in terms of professional development and retention. Why some of their shipmates didn't stay in the Navy or reasons why they feel like they didn’t get advanced or opportunities that they didn’t have because of either race or gender."

At one point, he said he asked if anyone had seen racism while in the Navy. He recalled that nearly every single hand was raised.

Behind closed doors, sailors got personal talking about racism, training and healthcare. The spark lighting the flame to the conversation came to a head after the death of George Floyd.

Jamie Brown said he has experienced discrimination and has seen it happen to his shipmates.

While Sean Beberdick said he hadn't felt the wrath of racism, his concerns are with health care. He said, "Personally, I would say health care is a huge issue for our Sailors in the military. [It needs to be looked at across the board] for the betterment of everybody as a whole."

"To have this force right here actually listening to my story and the stories of my fellow Sailors - it's a great thing," Brown said.

An initial report from Task Force One Navy is due to Chief of Naval Operations Admiral Mike Gilday by the end of July.