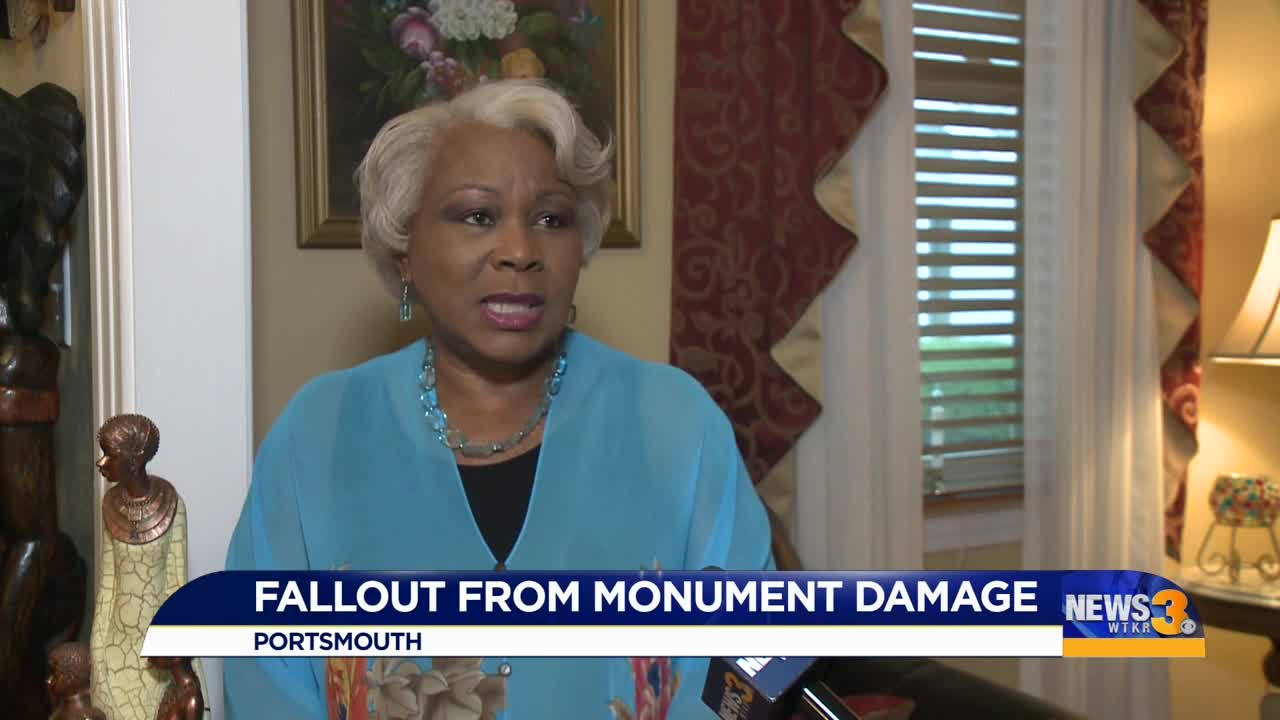 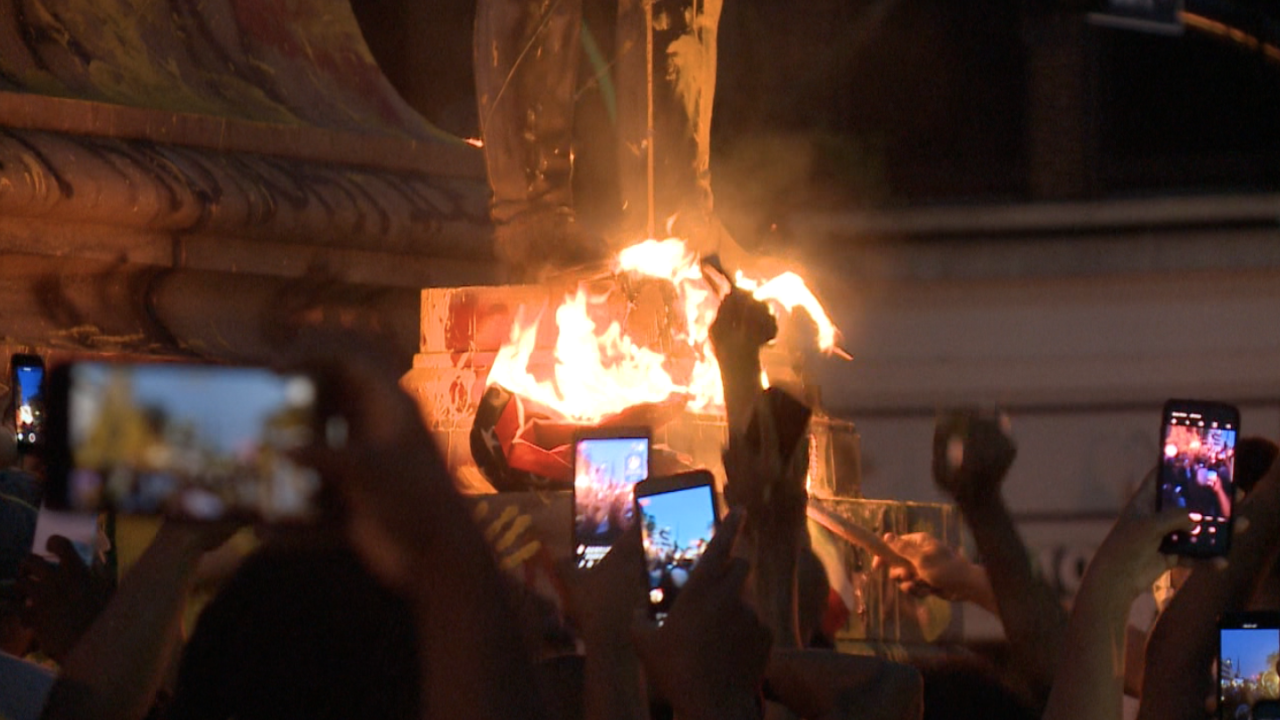 PORTSMOUTH, Va.— Protesters took the first steps towards removing the Confederate monument in Olde Towne Portsmouth Wednesday night during a destructive demonstration that nearly turned deadly when a piece of the statue that was torn down fell on one man.

Now, the NAACP members who began the protest, the police who made selective arrests and Portsmouth City Council - which hasn’t decided on the monument’s removal - are all looking for answers and for someone else to take responsibility.

Portsmouth resident Jessie Warren stopped to look at the monument on Court St. near High St. the day after it was defaced.

Although he doesn’t agree with the vandalism, he says protesters made a statement.

“I see it as the end of an era. I think people are on edge, and this is the results of animosity that’s been building up and building up.”

Virginia State Police say the man who was hurt by the monument has life-threatening injuries.

Katrinia Freeman says she was a witness who tried to help during the incident.

“We’re standing and we’re watching, and it just fell over top of him and it was blood everywhere. You can see, like, a skull like it was cracked open.”

Now, many are asking: Who’s to blame for it all?

“When you don’t act in moments when it’s time to act, you get these kinds of things in this country, and this is not new to America. America has rebelled in — matter fact the notion of this monument is a symbol of rebellion," Portsmouth NAACP President James Boyd said.

Portsmouth NAACP President James Boyd and vice president Louie Gibbs were arrested for trespassing Wednesday during a peaceful protest of the Confederate monument— a move Boyd says lead to the paint and beheading of all four statues.

The city has talked about removing the monument, but questions of who actually owns it have helped delay a decision for years.

As for why police didn’t arrest spray-painters from the beginning, Portsmouth Police Chief Angela Greene says an elected official is to blame.

“There was misinformation given that it was down through other elected officials [not to arrest protesters] was actually the call that was made. So, I had to make some calls to find out exactly where that order was coming from. By that time, there were already engaging in the property damage."

State Senator Louise Lucas shared a Facebook Live video of herself and Councilmember Lisa Lucas-Burke at the protest, but Greene refused to name the elected official she says was meddling.

Portsmouth Mayor John Rowe released a statement Thursday saying that the reason police didn't take action Wednesday night was because "such action would have required force which would have escalated the event and spread the vandalism to other blocks of our downtown with more injuries." He added, "Our police department made the right choice - confine the vandalism to this one piece of public property so as to protect the remaining private property and lives."

Thursday evening, city council had its third meeting this week to discuss the monument's future. At the meeting, some members requested that the FBI or state police open an investigation into the protest. There are still questions about who ordered Greene not to arrest protesters who were vandalizing the monument.

One thing the NAACP and police both agree on: It's time for city council to act quickly.