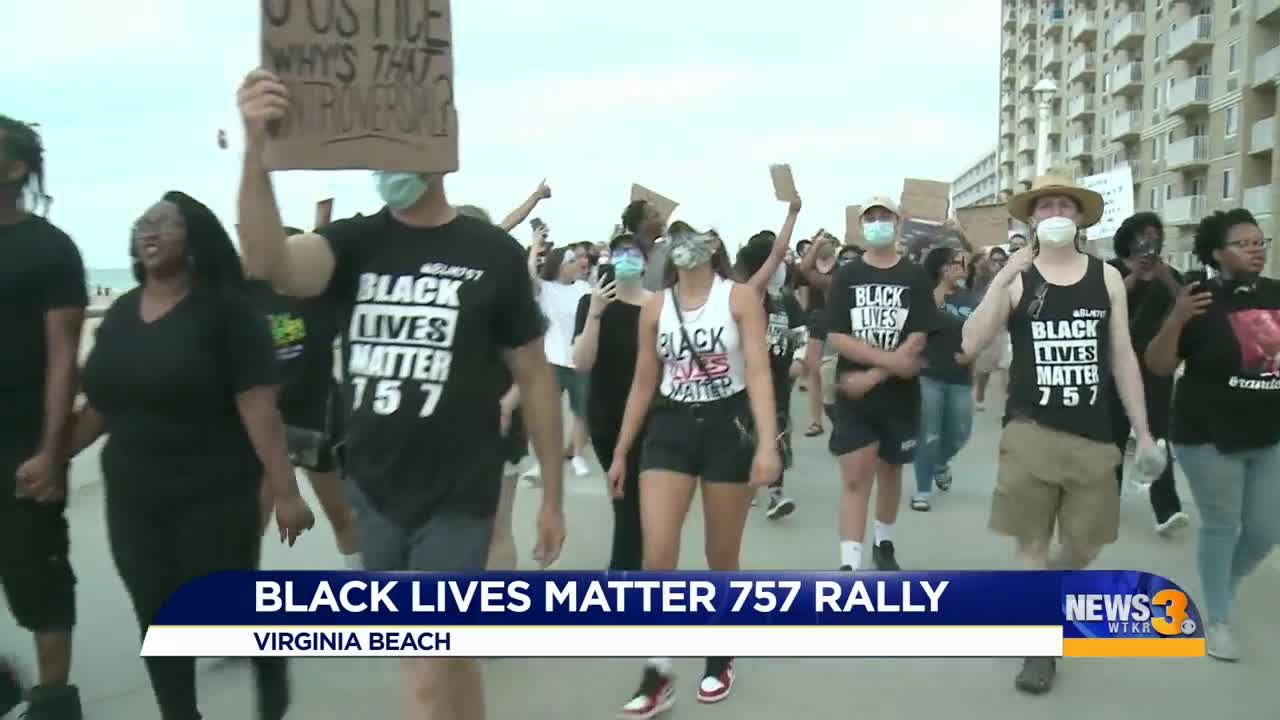 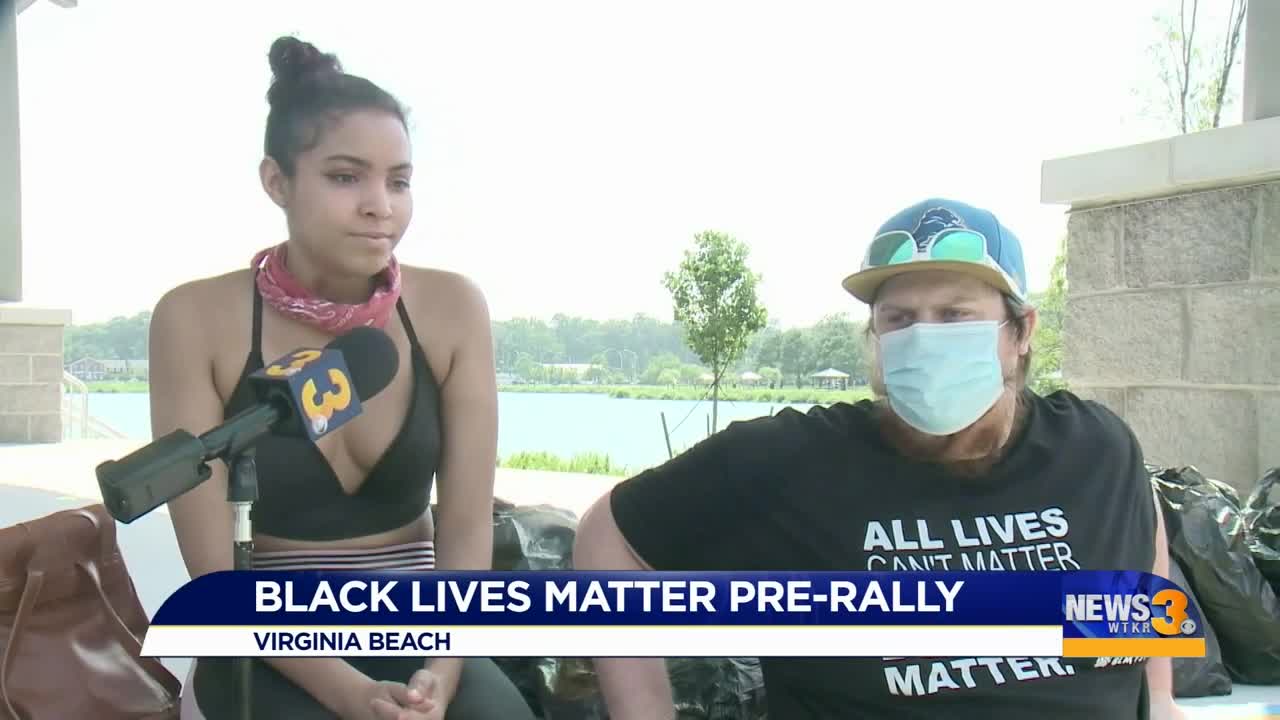 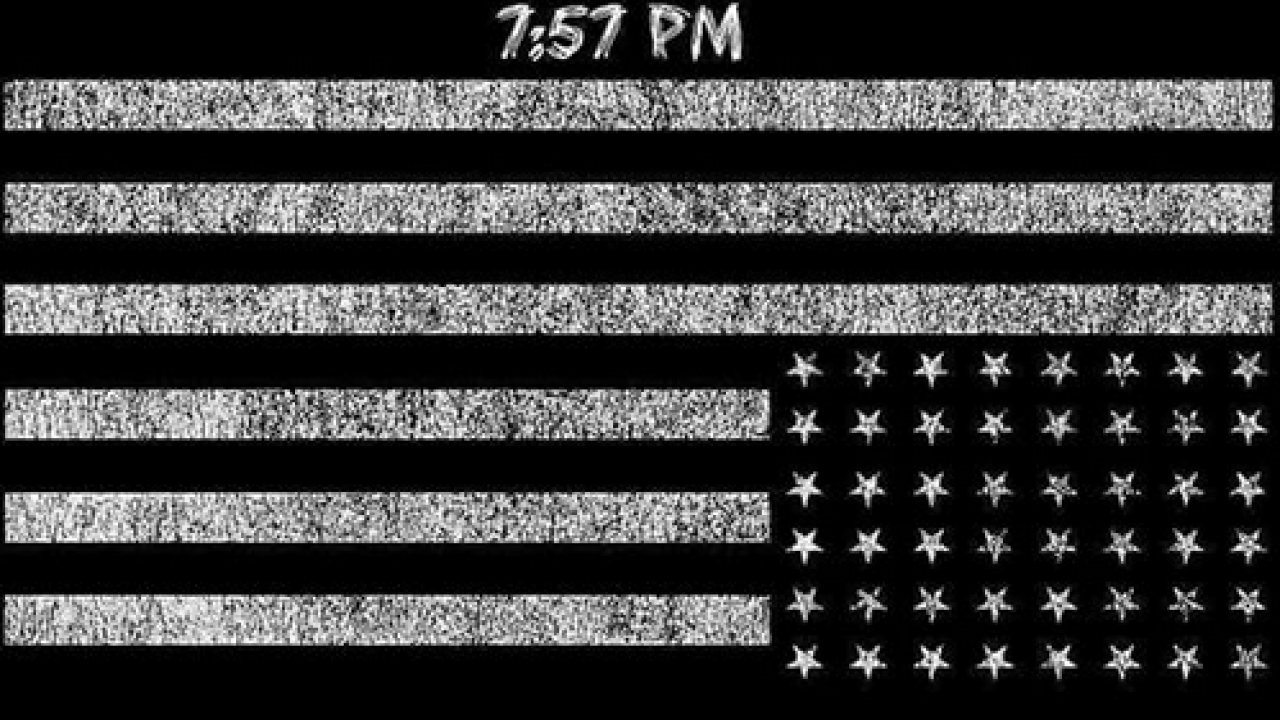 VIRGINIA BEACH, Va. - Black Lives Matter 757 held a rally on July 4 at the Oceanfront in response to ongoing racial injustices nationally and in the Hampton Roads area.

The group is using their voices on Independence Day to shine a light on what it means to be Black in America.

"We want to get the message out that Black lives do matter," said BLM 757 Protester Isabel Reid. "We are human. We expect to be treated with equality."

BLM 757 Protester Matt Wilco said, "Even on a day where people are celebrating their freedom, the job’s not completely over with. We still got a lot of movement to keep on going."

Black Lives Matter announced the "Shut Down the Oceanfront 2.0" protest on their Facebook page.

A line of police officers on bicycles blocked Black Lives Matter 757 protesters from making their way down Atlantic Avenue at Rudde Loop.

Virginia Beach Police told them to take their protest to the boardwalk, saying the gathering wasn’t planned.

“They know what they can and can’t do,” said one officer.

The organization says the rally is being held in response to Manny Wilder receiving minimal charges after he was arrested following a video that showed a truck driving through an Oceanfront protest crowd in May.

BLM 757 also says the rally is a call for a discussion to create a Citizen's Review Board and address the alleged systematic racism embedded in the Virginia Beach Police Department.

"They’re not really doing their job enough for us," said BLM 757 Protester Shanice Lawrence. "We definitely want a Citizen’s Review Board here in Virginia Beach."

“If we’re not actually sitting down, away from cameras and the public spotlight and talk about the real issues then what change is actually being made,” he said.

BLM 757 asks for demonstrators to come in peace so that the message behind the protest is not tainted with violence. They said they don’t want the night to end up like it did on May 31 when violence erupted in the streets at the Oceanfront following a peaceful protest.

"We were greeted with tear gas when there was nothing going on," Reid said.

Police were ready Saturday night in case things took a turn for a worse. The mounted patrol was on standby a few blocks away, and a chopper flew overhead in the air.

Protesters, however, said that’s not what their message is about.

“We are for peace and that’s what we’ve always been about,” said Lawrence.

Protesters ended up leaving Rudde Loop and continued their rally at the boardwalk.