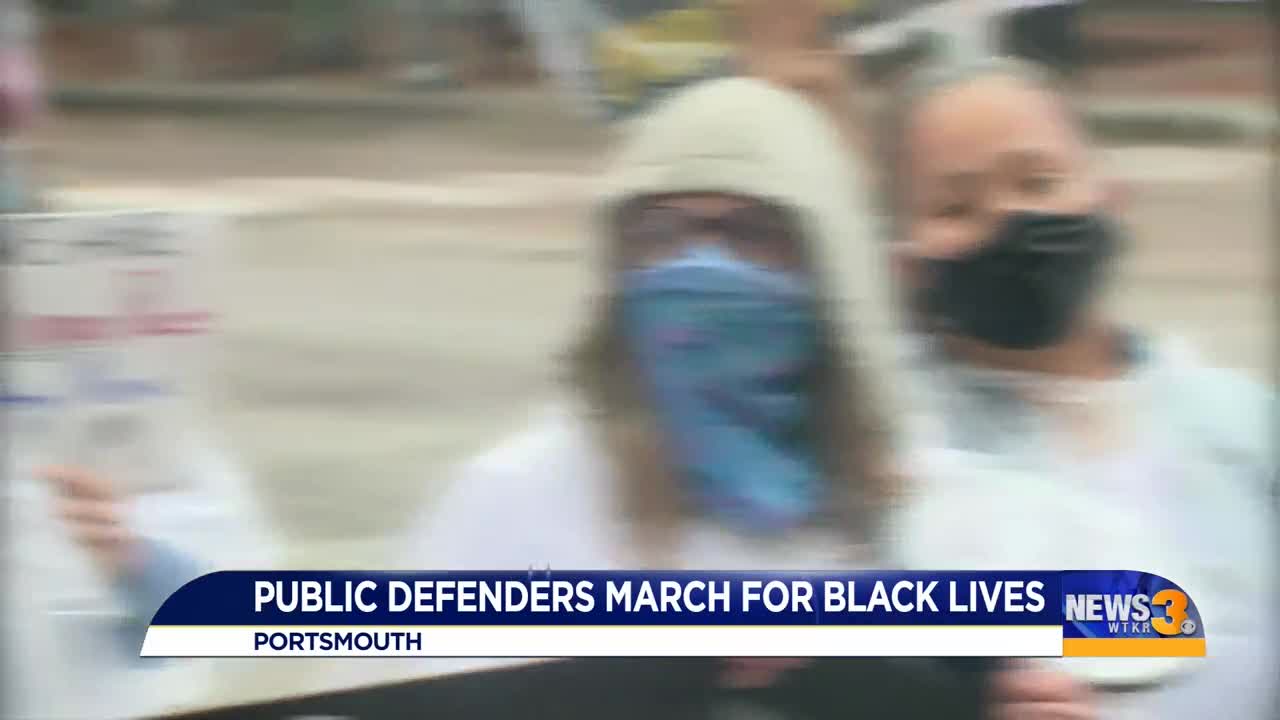 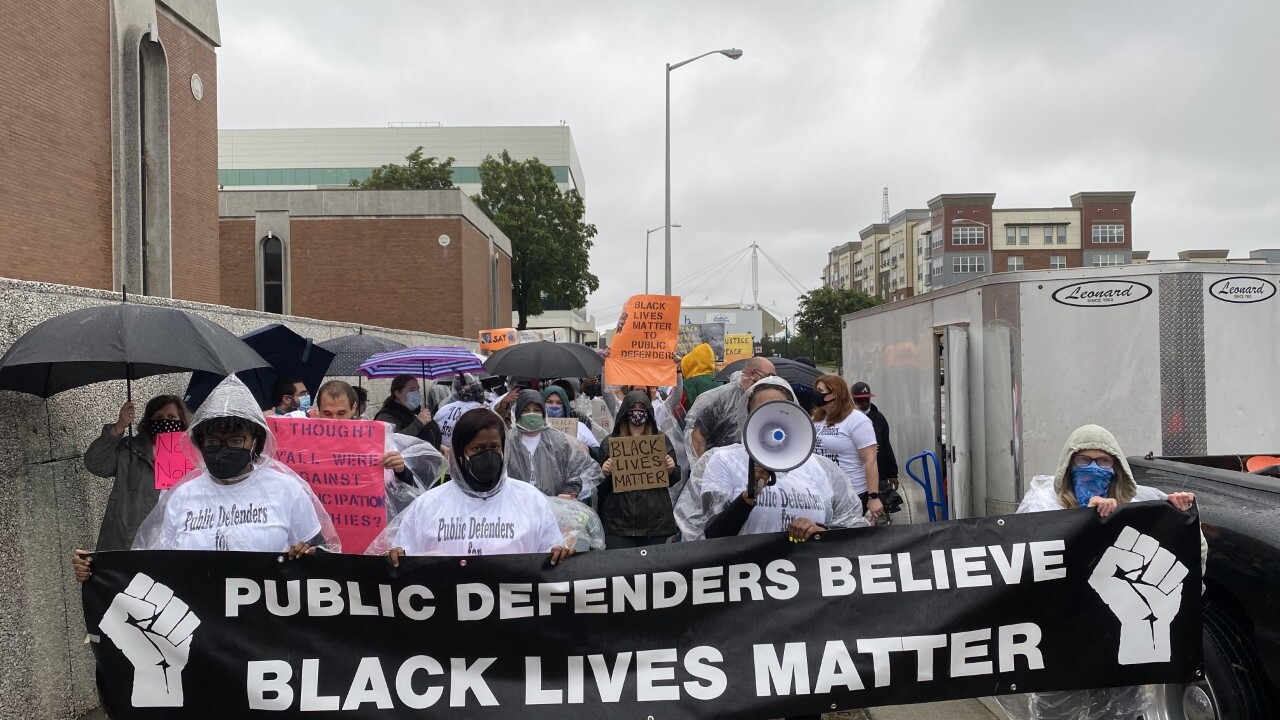 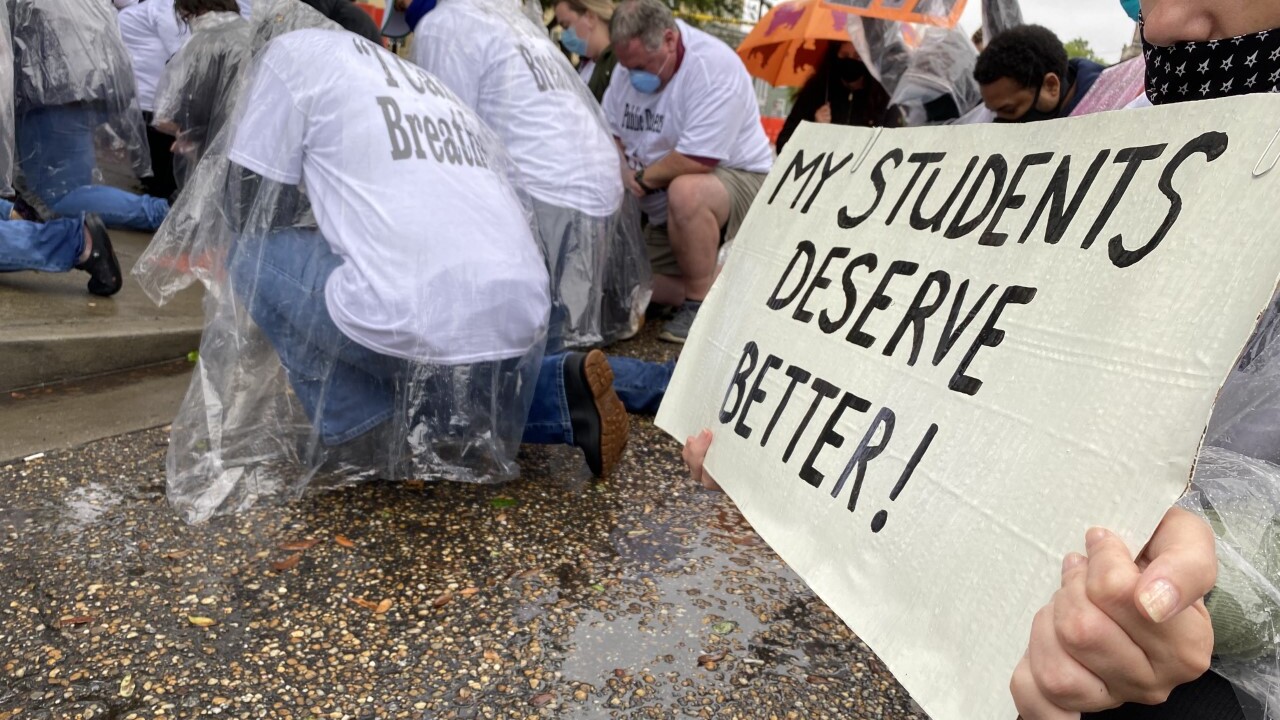 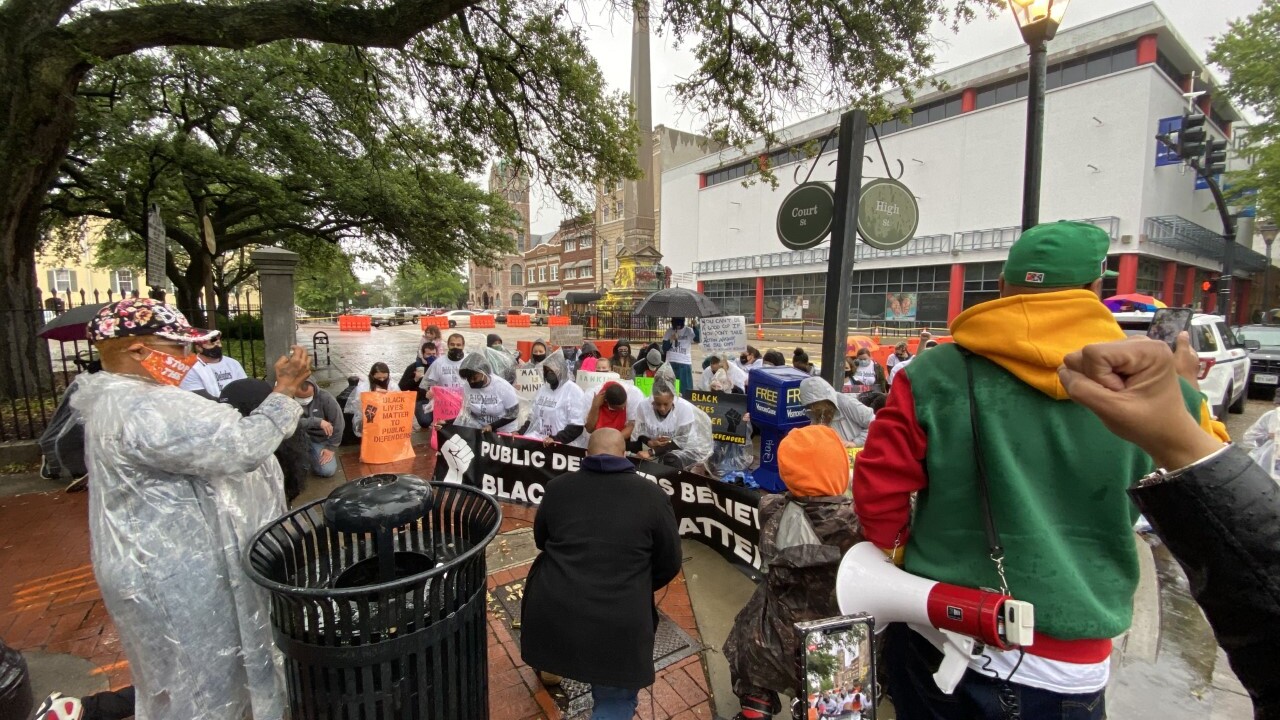 PORTSMOUTH, Va. - Seeking justice is nothing new for a group of local public defenders, but it’s usually done in front of a judge.

“We have the benefit of representing those that can’t afford attorneys and those that society has deemed to be the lowest of the low,” said Portsmouth deputy public defender Lakishi Stevenson.

Tuesday, they marched in the rain from the Portsmouth City Jail to what remains of the Confederate monument on Court Street: Beheaded soldiers vandalized in spray paint.

She was at Tuesday’s rally, and we asked her about her actions.

“Sometimes you just have to follow your heart,” said Spry.

We also asked her if she regrets vandalizing the monument.

“I might have been able to make wiser decisions, but in the moment, I don't regret it,” she adds.

“You can have a prosecutor come in the courtroom and advocate for a wealthy white man to go into a rehabilitation program and for a young black man in the same situation ask for jail time,” adds Stevenson.

They are asking for changes in the criminal justice system and police reform to help prevent what happened in Minneapolis from happening here.

At the end of the march, the crowd to kneeled for 8:46 in silence to honor George Floyd.