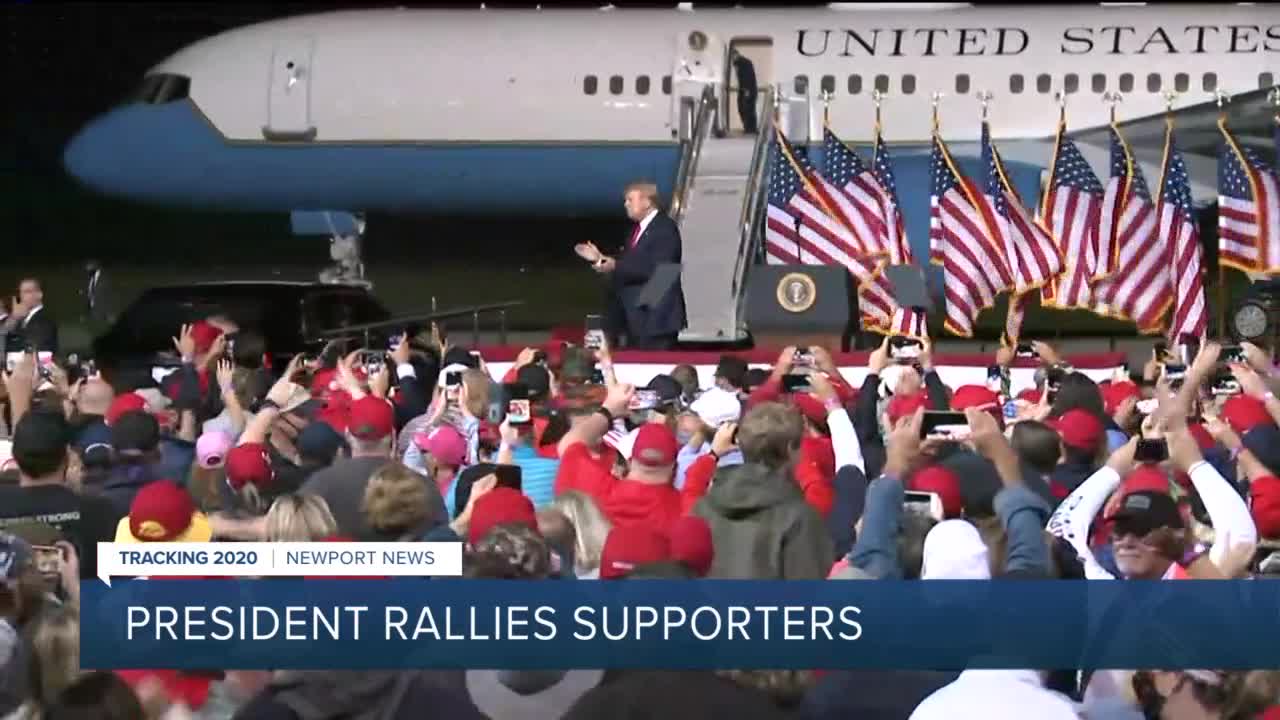 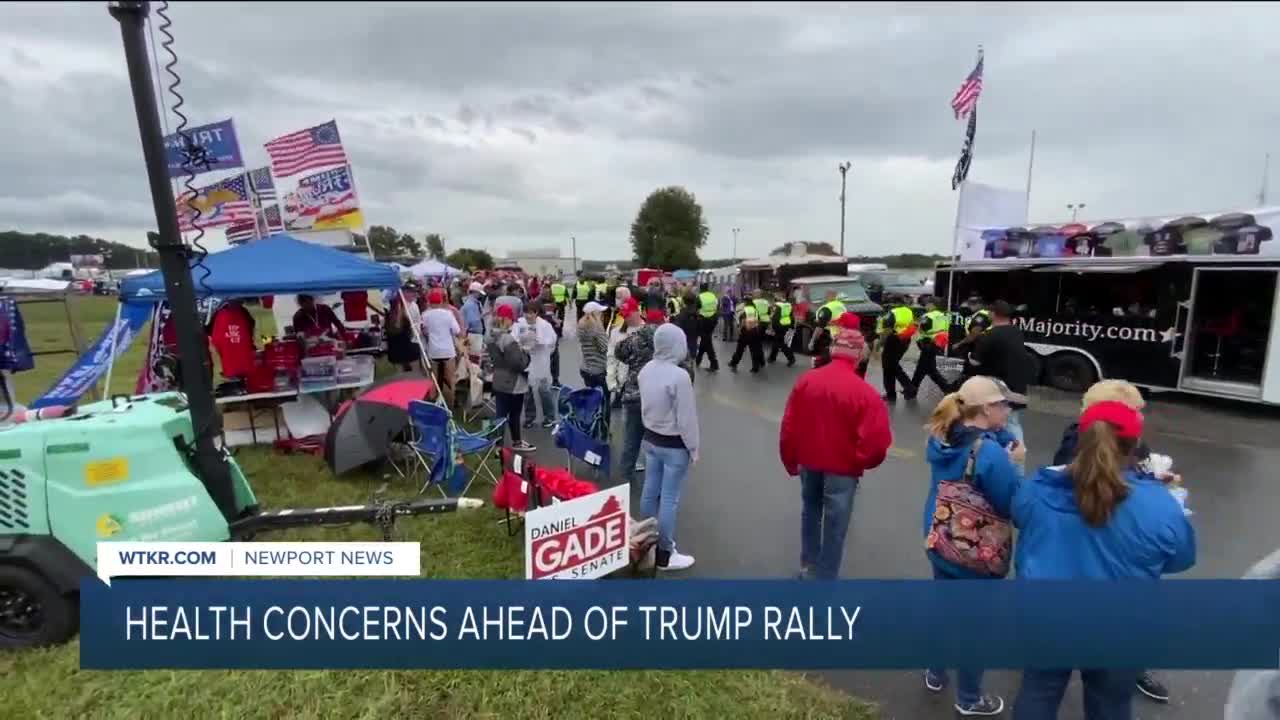 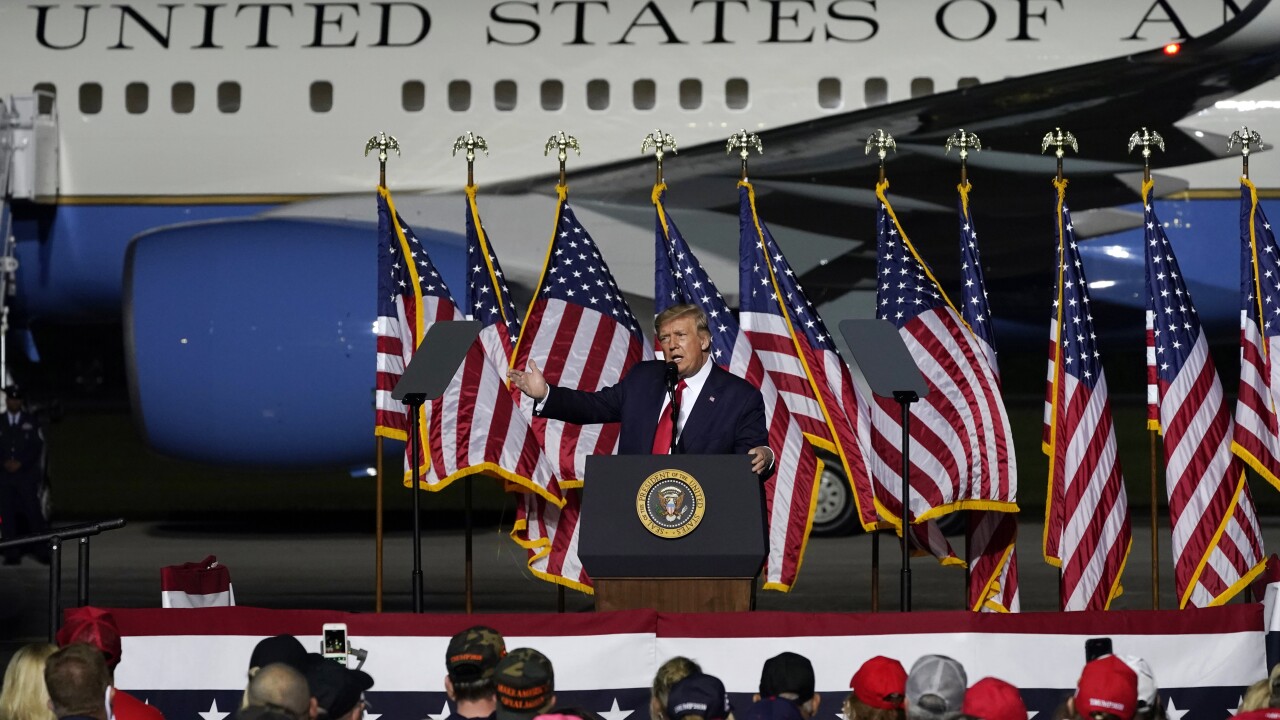 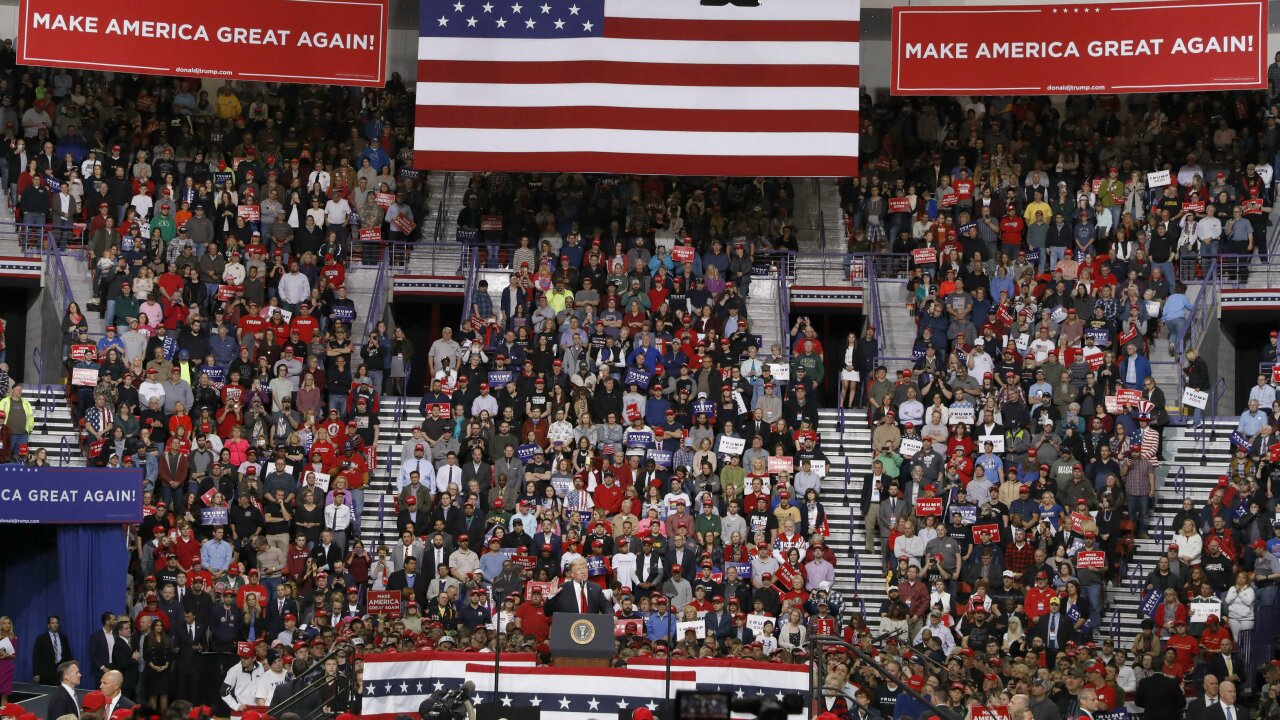 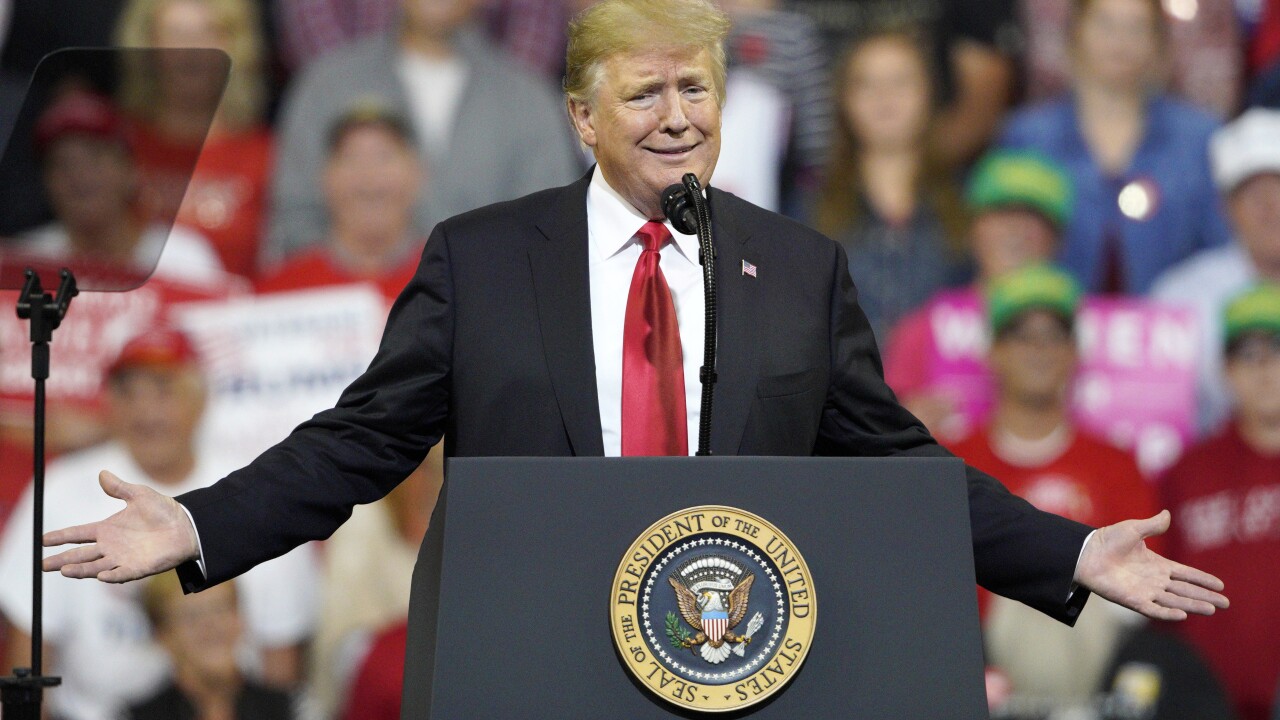 The president spoke for a little more than an hour in front of a lively crowd of about 4,000 supporters. Air Force One landing on the runway right behind the stage, with Trump walking out to the song, “God Bless the U.S.A.”

He touched on a wide range of topics – starting out with criticizing Virginia Gov. Ralph Northam, calling him “crazy” and saying Northam is trying to take away gun rights.

Trump says during his presidency, he’s built up the military, saved millions of lives during the pandemic and says a vaccine will be developed in record time.

If he wins another term in the White House in November, he vows he will restore law and order and will forge ahead with creating peace in the Middle East.

Right before Trump took the stage, Vice President Pence spoke and energized the crowd. Pence says four more years of the Trump administration will mean backing the black and blue, adding that violence like what happened in Virginia Beach over the summer will not be tolerated.

The president wrapped up his rally by walking off to the song “Y.M.C.A.,” but before he did, he promised supporters he will be announcing his nominee to the U.S. Supreme Court Saturday at 5 p.m. at the White House - that seat of course belonging to the late Justice Ruth Bader Ginsburg.

The president crisscrossed the country in a full day of campaign stops. He’s now on his way back to Washington.