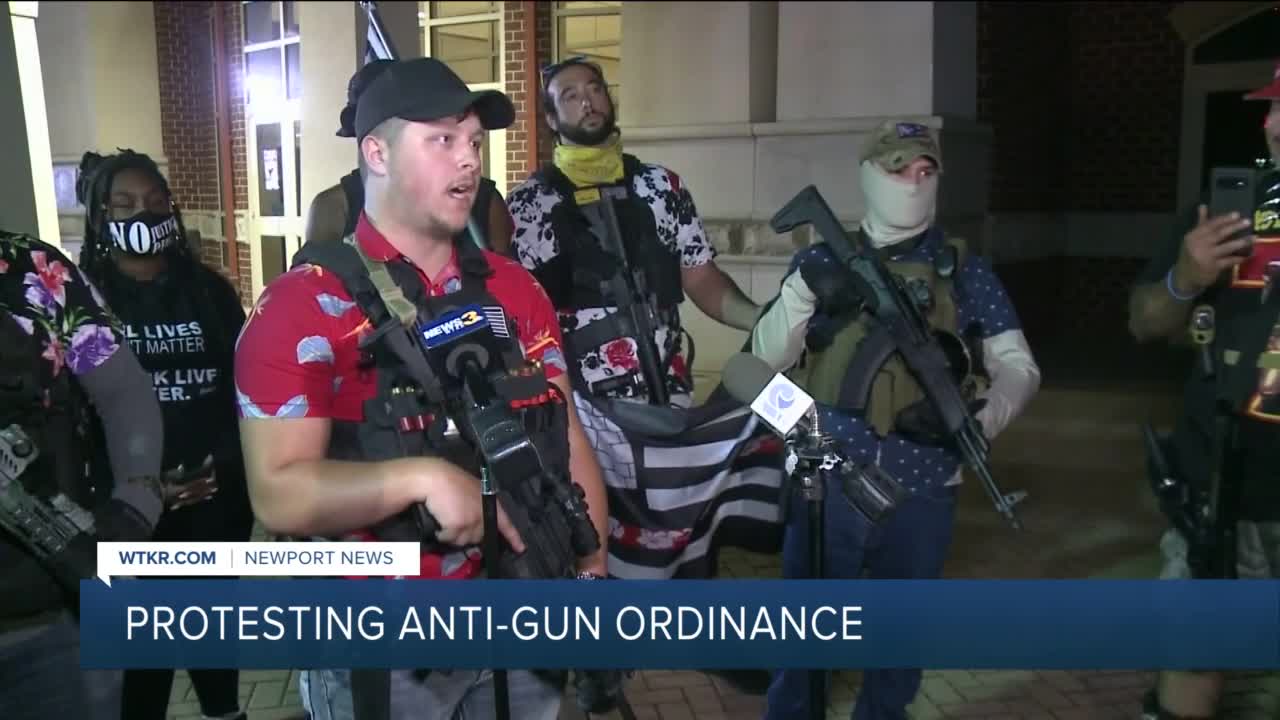 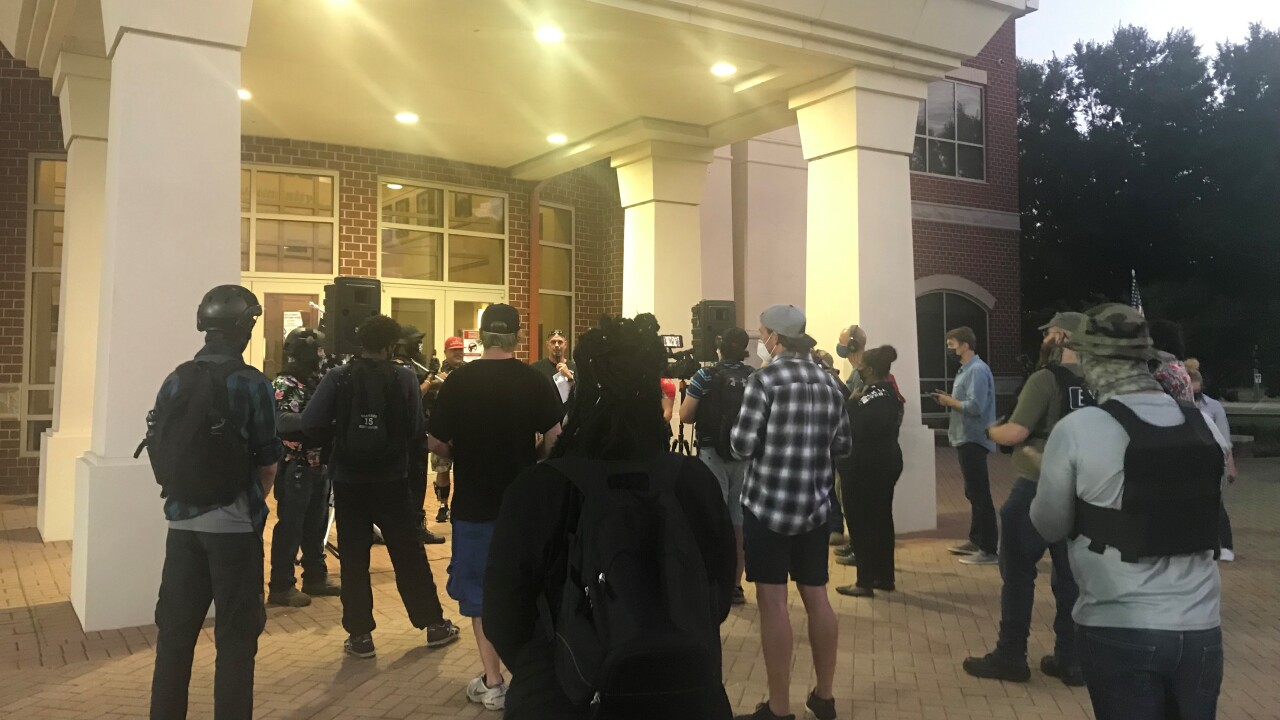 NEWPORT NEWS, Va. - Armed protesters gathered outside the Newport News Police Department headquarters exercising their Second Amendment rights, which they say are being taken away from them.

A city ordinance passed over the summer now bans open carry of firearms at city buildings, facilities and parks.

Dozens of gun owners with their weapons in hand gathered outside the police headquarters, protesting against the ordinance they say is unconstitutional.

“We are all here, and we are all heavily armed. We are unified, and if you mess with one of us, you are going to mess with all of us this time,” said organizer Mike Dunn.

Dunn was arrested last week for trying to go into Huntington Park with his gun. In response, he organized a protest in front of the police headquarters with Police Chief Steve Drew’s “OK.”

“I thought it was good dialogue. They didn’t have to talk to me - I appreciate they did, but I think it shows good faith,” said Chief Drew.

According to Chief Drew, the group did not defy the city ordinance since they were outside headquarters.

“I do believe that Black lives matter,” Dunn said.

They say the demonstration is to stand united.

“Putting aside party lines, party differences, beliefs to come together in the support of the Second Amendment,” he explained.

Jay Boone with Black Lives Matter 757 said she’s noticed a difference in the way officers treat people with weapons versus people who are marching without one.

“When I was out here marching a couple weeks ago, it was complete riot gear and S.W.A.T. They were antagonizing our group and infringing on our rights,” Boone said.

She’s referring to the incident after the recent Trump rally in the city.

Chief Drew says protesters in that rally put officers the public in danger.

“That night, that incident at 11:30 at night walking against traffic is the only time we had to use our hands and make arrests,” he said.

“This is just a message to our movement to see what measures we need to take going forward so that we are protected as well when we are exercising our First Amendment rights,” Boone said.