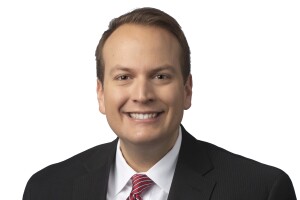 An award-winning journalist and passionate digital storyteller, Zak Dahlheimer is excited to be in Hampton Roads. You can catch Zak anchoring weekend evenings for WTKR and WGNT, and reporting during the week.

Before moving to Virginia in March 2020, Zak worked as a reporter for WNCN in Raleigh, North Carolina. While in the Triangle, Zak reported on stories all around the state, including Hurricanes Florence and Dorian and the 2020 primary election. He also reported on assignment in Virginia Beach following the 2019 mass shooting at the city’s municipal center, and in the Florida Panhandle covering the aftermath of Hurricane Michael.

Zak also worked as an anchor and investigative reporter at KESQ-TV and CBS Local 2 in Palm Springs, California. While in the Coachella Valley, Zak reported on wildfires, earthquakes, high-profile court cases, including the Pinyon Pines triple murder trial and Turpin child abuse case, the 2016 deadly Palm Springs tour bus crash, the 2016 and 2018 elections and California legalizing recreational marijuana use.

Before moving out west, he spent time in his home state of Florida working as a reporter and fill-in anchor for WJHG-TV and WECP-TV, the NBC and CBS affiliates in Panama City Beach.

Outside the newsroom, his other passions include playing guitar, riding motorcycles, traveling and cheering on the Florida Gators!

Zak is ecstatic to tell your story. If you have a story idea, feel free to email him at zak.dahlheimer@wtkr.com.