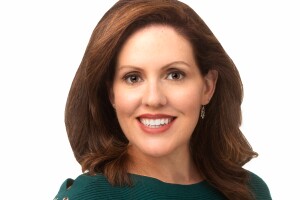 Angela Bohon is thrilled to once again report the stories of Hampton Roads! She joined WTKR as a reporter in October 2020.

Angela has about 15 years of television broadcasting experience. After earning her Bachelor of Arts degree in Broadcasting from Oklahoma City University, she worked as a TV news producer at KCTV5 in Kansas City, near her hometown. She married a Navy officer and moved to Yokosuka, Japan where she became a journalist at the largest overseas Naval base.

Several years later, she moved to Northern Virginia then Maryland where she became a reporter and fill-in anchor at NBC25, now WDVM-TV. There, she was nominated for two Edward R. Murrow awards.

While in Norfolk the first time around, Angela was a freelance reporter and web producer for WVEC13. She recalls the excitement of being the first reporter on the scene when a missing, elderly Virginia Beach woman was found safe after a lengthy search. Another memorable experience was when she held an exclusive interview with the wife of a fallen off-duty Norfolk police officer.

After a few years away, Angela is back in Hampton Roads and has been active in the community. For two years, she served as PTA president for a Virginia Beach elementary school. She is active in her church and a graduate of the Virginia Beach Citizens’ Police Academy.

When she’s not working, Angela enjoys spending time with her husband, son, daughter, and their rescue dog, a Corgi. Her hobbies include photography, traveling, attending concerts, playing tennis, and SCUBA diving when she gets the chance. She is also a certified group fitness instructor who specializes in aqua fitness. Fun fact: she writes left-handed and so does her entire immediate family!